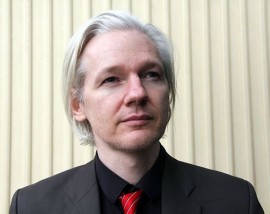 The classified documents leaked from the US State Department will cause a lot of embarrassment for a lot of people – the British government minister denounced as a “hound dog” around women, for a start – but is there anything to be learned beyond simple prurience?

There are lots of unflattering comments by American diplomats regarding the political leaders of the countries where they are posted.  But given that those leaders include Silvio Berlusconi, Vladimir Putin and Nicolas Sarkozy, who is surprised?  This is what is in the newspapers all the time.  Adulatory reports would be rather more noteworthy.

The serious business is to be found in the leaks of messages from other governments, messages that were sent in the belief that they would be kept confidential.  What we find is that governments are saying one thing in public to their own populations (the word “voters” does not always belong here) and something different in private to the Americans.

For example, the Saudi government has apparently been pleading that the Americans should launch a military strike against Iran to prevent the Iranians from completing their nuclear weapons programme.  It had long been supposed that the Arab side of the Gulf did not welcome the prospect of a nuclear-armed Iran, but confirmation of the extent of that opposition is new.  Would the Saudis have made the same request if they had known that the Iranians, and the Arab street, would also have been told?

This dishonesty is at the heart of what diplomacy is – governments have reasons and motives that they do not wish to discuss with the people they claim to represent.  There is a good argument that such double standards are necessary, and that states will be unable to navigate the waters of international statecraft without them.

But there is also an argument that such double standards violate democracy.  The voters are entitled to know what is being done with their money and in their name.  This entitlement applies just as much to foreign policy as it does to domestic policy, particularly as so many formerly domestic issues now have an international dimension.

Federalism is founded on democracy and a rejection of these double standards.  This is why such importance is attached to transparency within the institutions of the EU: they should act according to the rules of politics and democracy, not those of international relations and diplomacy.  The fewer occasions that information must be kept secret, the better.