Home/Europe/Some thoughts about the Charter of Fundamental Rights 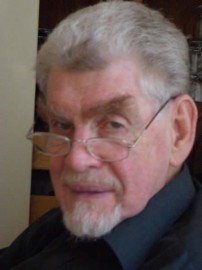 In June 1999 the Cologne Summit decided that the citizens’ “fundamental rights at Union level should be consolidated in a Charter and thereby made more evident”. It was therefore clear from the start that, while the European Parliament and many NGOs took the view that this new Charter should have legal standing this was not the Summit’s intention.

Drawing up an EU Charter of rights was nevertheless an important innovation. It was to include [a] “fundamental rights & freedoms as well as basic procedural rights guaranteed by the European Convention on Human Rights” [b] “fundamental rights that pertain only to the Union’s citizens”, and [c] “economic & social rights as contained in the European Social Charter and the Community Charter of the Fundamental Social Rights of Workers [European Community Treaty Art.1361, insofar as they do not merely establish objectives for action by the Union

The second innovation was that the task of drafting the Charter did not go to the usual committees of national civil servants answerable only to their Ministers. Instead, in a change from the EU’s normal practice, it was given to a Convention made up of representatives of the European Parliament, national parliaments, member states’ governments, and the Commission, together with observers from the European Court of Justice. It was chaired by Roman Herzog, formerly President of Germany and President of the German Constitutional Court and its work was to be completed in accordance with a strict timetable. The final text was in fact completed by Autumn, 2000.

Reactions to the Charter project varied. Federalists feared that the European Council’s true motive was to sidestep their demand for a constitution. Other doubters held it to be unnecessary EU rights being Treaty-based and therefore already justiciable. Some, with their eye on Article 17.2 of the European Community Treaty LTEC], thought it should emphasize that EU citizenship involves duties as well as rights, while many lawyers felt it posed a risk of overlap and confusion between the spheres of competence of the Court of Human Rights and the Court of Justice.

Supporters, on the other hand, pointed out that the public’s ignorance of their rights under the Treaties and ensuing legislation was one cause of scepticism about the European project. They saw the Charter as a way of promoting a “citizen’s Europe”. Non-Governmental Organisations in particular were aware that collating existing rights would also highlight how much was missing. They lobbied the Convention, though unsuccessfully, to include “new” rights which were outside the remit.

The finished Charter is a remarkable and valuable document, though not without its weaknesses. One example is the way it handles political rights. The articles dealing with freedom of thought, expression, assembly and association are clear and unambiguous. On the other hand, the right to vote as a general principle is mysteriously absent. In both its Preamble and its fifty-four Articles the Charter reiterates the values of the European Union listed in the European Union Treaty [TEU] Art.6.1 as being “liberty, democracy, respect for human rights and fundamental freedoms, and the rule of law, principles which are common to the member states”. These values apply at both Union and member states levels. Respect for them are a condition of EU membership. Any member state found to be in breach of them may, according to the Treaties, be disciplined. As only democratic countries may be admitted to the Union, it could therefore be argued that the right to vote in one’s own country constitutes an existing right under the Treaties.

Of course, the Charter recognises that any European Union citizen resident in an EU Member State of which he or she is not a national may nevertheless vote or stand as a candidate in European or municipal elections under the same conditions as nationals of that State. This is a limited rather than a fundamental right and mirrors the embryo nature of EU citizenship. We are a long way from the American arrangement whereby the citizen of any State in the federation automatically acquires full citizenship rights in any other such State on taking up residence there.

The Charter too is limited in its application. Article 51 makes it clear that its provisions “are addressed to the institutions and bodies of the Union with due regard for the principle of subsidiarity and to the Member States only when they are implementing Union law”. Nevertheless, several of its articles clearly apply at both national and European levels. The articles on entitlement to social security and health care are recognizably in this category and refer in the same breath to “Community law” and to “national laws and practices

A federal constitution would be expected to contain both a catalogue of citizen’s rights applicable throughout the federation and a clear statement of the divisions of competences between the federal and sub-federal levels of government. The Charter, however, is not a constitution and it betrays at times an uneasiness about the relation~ ship between Member States and the EU where basic rights are concerned. An optimist might say that such tensions are normal in a federation, and a healthy sign. A pessimist might take the different view that the EU has not yet travelled far enough along the road towards a constitutional federation.

Further examples of this uneasiness can be found in articles such as those concerning such basic human rights as the right to life, to education, to liberty and security of person, the prohibition of torture and inhuman or degrading treatment, and others of a similar type. These are for the most part rights more commonly associated with the European Convention on Human Rights [ECHR] drawn up by the Council of Europe which has so far been the most successful internationally binding charter of its kind. It is justiciable and the protection it offers applies to all persons within the jurisdiction of its signatory States, with right of appeal to the European Court of Human Rights.

All EU member states are also members of the Council of Europe, though the EU itself is not; nor is it a signatory to its conventions. Nevertheless, under Article 46(d) of the European Union Treaty [TEU], these same ECHR rights now apply to actions by the EU’s own institutions and are justiciable before the Court of Justice. They should however be widened to cover all EU actions, including the second and third pillars. It is particularly important to ensure that the EU acts in accordance with its own high standards with regard to human rights in relation to immigration and asylum issues and the operation of the Schengen Information System.

Critics of the Charter predict a possible conflict between the Council of Europe’s Court of Human Rights and the EU’s Court of Justice. Article 52(3) of the Charter attempts to forestall any such problems by stating that where its provisions correspond to rights guaranteed by ECHR, “the meaning and scope of those rights shall be the same as those laid down by the said Convention”.

This relationship needs further examination. It is unlikely at present that the EU itself could apply for membership of the Council of Europe, even if that were desirable. Perhaps the way forward might be for the EU to become a High Contracting Party to the ECHR, though for this purpose a Treaty amendment endowing the EU with the necessary legal personality [see Court of Justice Opinion 2/94] would be needed. In addition, a special agreement could be negotiated, recognising the primacy of Strasbourg in Human Rights questions, thus avoiding confusion of competences between the Court of Justice and the Court of Human Rights.

For the estimated 14 million non-citizens living and working in the various member states the principle of non-discrimination in Article 21. based on the TEC’s Article 13, is an important factor in promoting equal treatment. This, together with most other articles in the Charter, applies to citizens and non-citizens alike, though a few – in particular Articles 39-40 concerned with voting rights – are for EU citizens only.

As one aim of such voting rights is to help the integration of EU citizens living in a member state other than their own, might they not also be extended for the same reason to permanently resident non-citizens, as is already the case with local elections in certain member states?

Alternatively, a mechanism could be established by which 3rd country nationals could apply for the status of EU citizen on the basis of residence rather than nationality. Such a move would help to foster a rights-orientated rather than ethnic or nation-based sense of European identity.

From the text of the Cologne Summit communiqué it seems clear that the Charter was intended simply to draw people’s attention to their rights rather than to have legal force. On the other hand the opinion has been voiced by some lawyers that even as a declaratory document it is likely to have some impact on court decisions.

However, it is difficult to understand how a non-justiciable Charter could have the required impact on public perception. Most people feel that, to be effective, fundamental rights should not be simply tucked away in obscure legal texts but, as well as being enforceable, should be clearly stated in language which can readily be understood. The great achievement of this Charter is its clarity.

The importance of the Charter in the development of the European Union must be clearly recognised. It underlines the democratic and tights-based nature of the European Union. But it needs to be matched by an equally clear description of the competences of the Union and its institutions.

In a protocol to the draft Treaty agreed in Nice the Europe Council sets out its provisions for a wide-ranging public discussion of the EU’s future development, its competences, its relationship with member states and their parliaments, and the status of the Charter of Fundamental Rights. How useful this debate will be depends on how it is organised. If the focus is simply another round of inter-governmental horse-trading it could turn out to be a futile exercise.

The ideal focus for a public debate of the issues involved would be to establish a Convention of the type used to draft this Charter, but this time endowed with the task of drawing up a federal constitution of the European Union of which the Charter should form part.

This article was contributed by John Parry, a member of the Executive Commitee of Federal Union and Vice-President of the Union of European Federalists. He may be contacted via [email protected]. The opinions expressed are those of the author and not necessarily those of Federal Union.

Introduction to the Policy Forum on the Charter of Basic Rights