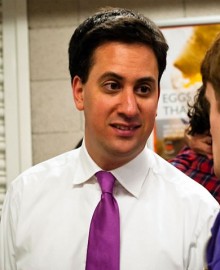 Following new Labour leader Ed Miliband’s speech yesterday at the Labour party conference, I was delighted when he declared that one of his political heroes was William Beveridge.  Wow, me too!  Beveridge was one of the leading supporters of Federal Union in its early days, and set up the Federal Union Research Institute (later renamed the Federal Trust).

I suspect, though, that that is not what Ed Miliband had in mind.  He also mentioned Keynes and Lloyd George, who, along with Beveridge, were prominent Liberals.  He knows that it will be hard for Labour to win an outright majority at the next general election, particularly after the constituency boundaries are redrawn to equalise the number of voters in each, which means that he may well need the help of the Liberal Democrats if he wants to get into government.

It is hard for him to say anything warm about the current leadership of the Liberal Democrats – they are in government, after all, and he is Leader of the Opposition, and he is still bitter about the disdain for Gordon Brown by Nick Clegg in the post-election negotiations (an attitude that Nick Clegg himself has subsequently regretted) – but he needs to keep open the option. Praising their forebears is one way of doing that.

Another is to find the issues that appeal to the Liberal Democrats and which make them uncomfortable in coalition with the Conservatives.  Europe may well be one of them.

During the leadership election campaign, Ed Balls struck a eurosceptic note in suggesting that the free movement provisions of the EU should be restricted.  “Free movement of goods and services works to our mutual advantage. But the free movement of labour is another matter entirely,” he wrote in The Observer.  He proposed to deal with the Conservative attitude to immigration and Europe by matching it: Labour should compete for Tory voters and not be outflanked on the right.

Ed Miliband, in yesterday’s speech, rejected this view.  He said:

“I don’t believe either that we can turn back the clock on free movement of labour in Europe.”

Rather than using Europe as a means of closing the gap with the Tories, he could use it to open the gap between the Tories and the Liberal Democrats.  A Labour party that pursues a more actively pro-European line might well be able to chip holes in the governing coalition, and there are plenty of people in that coalition who might be happy to see that happen.

It would be wrong to get too carried away by a single speech, but there are welcome signs that Ed Miliband might prefer to follow a pro-European approach.