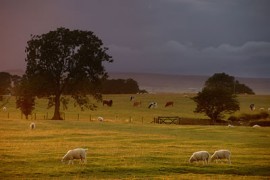 Co-decision powers of the European Parliament. Parliament’s co-decision powers have been extended in a number of areas (CAP/CFP generally, research, trade), although many of these are not directly related to environmental policy. Significant is Parliament’s increased control over the entire EU budget, including agricultural spending.

Conclusion Some steps forward have been taken in the area of legal rights, participatory democracy, transparency and the powers of Parliament, all of which can have benefits for environmental protection and sustainable development.