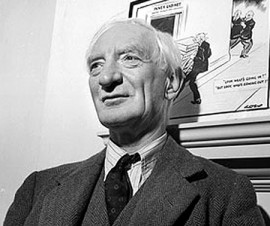 John Pinder introduced the discussion, having been a member of Federal Union for 52 years, by noting that the British literature on federalism had started to grow in the nineteenth century, with authors such as Acton, Bryce, Seeley and Sidgwick. Nowhere else in Europe was there at the time such a literature on federal government, which addressed federalism in Europe, in the empire, and in the United Kingdom itself, notwithstanding the importance of Tocqueville’s “Democracy in America” and Proudhon’s “Du principe fédératif”. The Westminster parliament had moreover established the federal constitutions of Canada in 1867 and Australia in 1900. An academic and political knowledge of federalism was therefore already established in the UK by the 1930s, when worries grew over the world situation.

Against this background, three young people decided that they had to do something to promote federalism and sought help from figures in the establishment. Lord Lothian and Lionel Curtis offered help, and Federal Union was launched in November 1938. By June 1940, it had recruited 12,000 members and had 225 branches throughout the country. It set up the Federal Union Research Institute, chaired by William Beveridge and which generated works by Lionel Robbins, Ivor Jennings and Barbara Wootton, among others. Federal Union secured widespread support from leading newspapers, politicians, academics and churchmen. It surely influenced the British cabinet’s enthusiastic approval of the proposal for union with France in June 1940. To this day, the Italian federalist movement looks to this period and these people for a significant inspiration.

Since then, the history of Federal Union and British federalism has not only been forgotten but the idea has been deliberately suppressed.

A new generation of federalists joined in the 1950s, believing that the ideas of Jean Monnet should be supported. Britain in Europe was set up in 1957 as a campaigning body for membership of the EEC, and took over activity from Federal Union in 1964. The federalists in Britain in Europe were able to take over the European Movement in 1968. The successful campaign for membership of the EEC in the early 1970s was led by federalists, and they played a significant role in the referendum in 1975. But the model of the latter campaign has its resonances now. The establishment had joined in and dominated that campaign, which had relied on federalists running the European Movement to get started, and tolerated their involvement in that campaign. Afterwards, however, the recent participants moved on, leaving the federalists to continue their argument for a federal Europe.

It is important to keep Federal Union alive and active during the present euro referendum campaign. After the euro campaign is over, the arguments for federalism in Europe will need still to be put: federalists must not lose sight of this longer term goal.

Ernest Wistrich added that during the second world war, Federal Union had convened an international committee attended by representatives of the exiled European governments. From this had sprung the Benelux treaty and a “confederal treaty” signed by Sikorski and Beneš on behalf of Poland and Czechoslovakia.

Winston Churchill, added John Pinder, had made a speech in 1912, when MP for Dundee and a reformist Liberal minister, advocating a federal United Kingdom of Scotland, Ireland, Wales and seven English regions; and of course he had called for “a kind of United States of Europe” in his Zurich speech in September 1946.

On 6 September 2008, after 43 years of separation, Federal Union voted to reunify with the Association of World Federalists (the AWF had been formed by a group of Federal Union members in 1965).