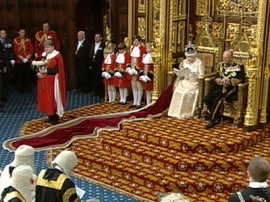 It is common for a democratic parliamentary system to have a bicameral legislature, with a directly elected lower chamber and a second, revising chamber.  The United Kingdom is unusual in that its second chamber is largely nominated rather than elected, and those that are not nominated are drawn from the hereditary aristocracy.

There has been much debate in the past 13 years about how the House of Lords should be reformed – with the expulsion of most of the hereditaries a notable change – but the British system is still archaic compared with most other countries.

You can find the archive of Federal Union articles on reform of the House of Lords here.