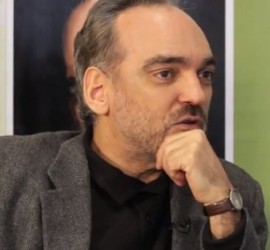 The Manifesto will be launched in a series of international events that starts with a panel discussion at the LSE. The panel marks also the launch of the Global Suffragettes, an LSE student society promoting discussion and activism on global redistribution of power.

Speakers will include three of the world’s leading intellectuals on global democracy, who signed the manifesto: Professor Daniele Archibugi of Birkbeck College, Argentinian writer and former MP Fernando Iglesias, and Professor Heikki Patomäki of University of Helsinki.

The event is organised by DESTIN in collaboration with the Global Suffragettes. The full text of the manifesto follows.

MANIFESTO FOR A GLOBAL DEMOCRACY

Politics lags behind the facts. We live in an era of deep technological and economic change that has not been matched by a similar development of public institutions responsible for its regulation. The economy has been globalized but political institutions and democracy have not kept pace. In spite of their many peculiarities, differences and limitations, the protests that are growing all over the world show an increasing discontent with the decision-making system, the existing forms of political representation and their lack of capacity for defending common goods. They express a demand for more and better democracy.

Global welfare and security are under threat. The national and international order that emerged from the end of World War II and the fall of the Berlin Wall has not been able to manage the great advances in technology and productive systems for the benefit of all humanity. On the contrary, we are witnessing the emergence of regressive and destructive processes resulting from the economic and financial crisis, increased social inequalities, climate change and nuclear proliferation. These phenomena have already affected negatively the lives of billions of human beings, and their continuity and mutual reinforcement menace the peace of the world and threaten the survival of human civilization.

Global crises require global solutions. Within a social universe determined by globalization, the democratic capabilities of nation-states and international institutions are increasingly restricted by the development of powerful global processes, organizations and systems whose nature is not democratic. In recent years, the main national and international leaders of the world have been running behind global events. Their repeated failures show that occasional summits, intergovernmental treaties, international cooperation, the multilateral system and all the existing forms of global governance are insufficient. The globalization of finance, production chains and communication systems, and the planetary power reached by destructive technologies, require the globalization of the political institutions responsible for their regulation and control, and the global crises require coherent and effective global solutions. That’s why we call for the urgent creation of new global agencies specialized in sustainable, fair and stable development, disarmament and environmental protection, and the rapid implementation of forms of democratic global governance on all the issues that current intergovernmental summits are evidently incapable of solving.

We need to move forward to new, more extensive and deeper forms of democracy. The current model of technological-economic globalization must give way to a new one which puts these processes at the service of a fairer, more peaceful and more humane world. We need a new paradigm of development which has to be sustainable on a global basis and which benefits the poorest of humanity. In order to avoid the deepening of global crises and to find viable solutions to the challenges posed by globalization we must move forward to more extensive and deeper forms of democracy. The existing national-state organizations have to be part of a wider and much better coordinated structure, which involves democratic regional institutions on all the continents, the reform of the International Court of Justice, a fairer and more balanced International Criminal Court and a United Nations Parliamentary Assembly as the embryo of a future World Parliament. Yet, this institutional change will not be successful if it only accrues from the actions of a self-appointed elite. On the contrary, it must come from a socio-political process open to all human beings, with the goal of a creating a participative global democracy.

Globalizing democracy is the only way to democratize globalization. Beyond our differences about the contents and appropriate methods to move towards a fairer and more stable world order, we the signatories share a strong commitment to the development of a global democracy. On behalf of Peace, Justice and Human Rights we do not want to be governed at the world level by those who have only been elected to do so at the national one, neither do we wish to be governed by international organizations which do not represent us adequately. That is why we work for the development of supranational political spaces and for regional, international and global institutions that live up to the challenges of the twenty first Century; institutions that express the different viewpoints and defend the common interests of the seven billion people who shape humankind today.

We ask every human being to participate in the constitution of a global democracy. We share the appeal to “unite for global change” and for “real democracy” with the world social movements. Both postulates express the growing rejection of being governed by political and economic powers on which we have no influence. Autonomy and self-determination are not only valid at the local and national level. That’s why we champion the principle of the right to participate in the making of fundamental global decisions that directly affect our lives. We want to be citizens of the world and not its mere inhabitants. Therefore we demand not just a local and national democracy, but also a global democracy, and we commit to work for its development and call on all the political, intellectual and civil-society leaders of the world, all the democratic organizations, parties and movements, and all persons of democratic persuasion on the planet to actively participate in its constitution.