A European citizenship in a European federation

A European citizenship in a European federation 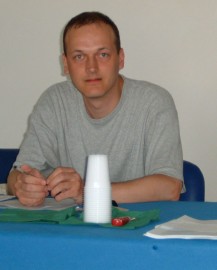 Notes for a speech at the Ventotene seminar on 3 September 2003.

A constitution is a contract between citizens as to how they are to be governed.

Democratic political systems cannot survive if they do not have a strong enough political culture. If Europe is to have a constitution, it must also have some kind of citizenship. That’s why it is an interesting subject.

Why do different countries have different political systems?

This might seem like an obvious question, or rather a question with an obvious answer, but sometimes it is the most simple question that has the most profound answers. So, why do different countries have different political systems?

Because the political system is not simply a narrow literal expression of the rules by which a country is governed. It is an expression of the culture of a country. It shapes that culture too. But then most cultural phenomena both influence and are influenced by the societies in which they exist.

What does this mean for European citizenship?

But what can we say about it now?

There is a common sense of identity in Europe that has been developing slowly. It is based on culture, sport, commercial links, and indeed some political elements as well. It is based on Europe as a political and geographical space. The fact that the EU has, since it was first set up, aspired to include the whole of Europe has fuelled this sense that European identity and the EU belong together.

What does this mean for the European federation?

The particular lesson is that the federation has to reach outwards rather than inwards. A proposal that the next stage of integration will be based on a smaller rather than a larger number of countries makes no sense in the context of citizenship. No smaller group of countries will be matched with the kind of identity that makes a political entity stick together.

The theories of federalism that look to a breakaway group of one sort of another fail, in my view, because they neglect this important reality. We have to make theories for Europe as it is rather than for Europe as some people might like it to be.

Secondly, we have to create an identity for Europe that exists alongside, not instead of, the national and other identities that exist in Europe today. We are creating a federal Europe, not a unitary state.

There is an interesting parallel to draw with the United States. There, politics may be characterised as being based on a militarist nationalism on the one hand, and a separatism on the other based on race, regional identity, and so on. There is a small third group seeking to create an identity for the United States as a whole that is based on a civic nationalism rather than an ethnic nationalism, which increasingly is what the American self-image resembles. Jim Sleeper has written engagingly about this problem. It is interesting because of the way it mirrors what federalists are trying to do in Europe: to create a non-nationalist sense of identity for our political community. It is a problem that neither of us has yet solved.

This article was contributed by Richard Laming, a member of the Executive Committee of Federal Union. He may be contacted at [email protected]. The opinions expressed are those of the author and not necessarily those of Federal Union.