A guide to successful negotiation

A guide to successful negotiation 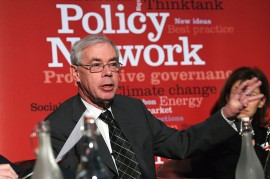 John Kay writes a primer on successful negotiation – read it here http://www.johnkay.com/2013/10/02/the-oft-forgotten-basics-of-negotiation – to which the Democrats and Republicans in the US might like to refer when trying to reopen the American government.

A crucial insight is that success in reaching agreement depends very much on how much the parties have to lose by failing to agree.

successful negotiation is possible if – and only if – there is a possible outcome which is better for all the parties which must consent to the solution than a disagreement.

John Kay raises this idea in the context of the bid for Scottish independence.  If there is a Yes majority in the referendum next year, then negotiations must unfold between Edinburgh and London on an orderly dissolution of the union.  The national debt?  Royal Mail?  The Trident base at Faslane?  How to deal with these things is still to be decided.

After a successful independence referendum, he suggests, it will be the Scottish government that wants to get on with things, while the rest of the UK is less concerned.  I suspect that the pressures would be less one-sided than this.

The period between a Scottish Yes vote and actual independence is going to be very destabilising for the whole UK, even for the parts that are not leaving, and it will be in the interests of both sides to reach agreement swiftly.

Secondly, even if there is a greater sense of urgency north of the border, the famous sense of British fair play that the late Ralph Miliband loved so much will ensure that it is not exploited.  A successful negotiation will require, and get, goodwill on both sides.

The more serious threat to successful negotiation is not bad faith but neglect.  This what advocates of British departure from the European Union need to bear in mind.

For Britain to leave the single market, on which much of its prosperity is based, will not lead to economic calamity overnight – 3.5 million people will not lose their jobs – but it will set in train the slow degradation of the trading relationship, reducing living standards over time.

The EU institutions provide a framework in which the member states can prevent this from happening. As John Kay notes,

The more players there are, the harder it is to achieve such an outcome.

Qualified Majority Voting in the Council of Ministers, a directly-elected European Parliament, and a European Commission with a political mandate all serve to keep the show on the road.  But if the UK were to opt out of all those institutions, what would be the result?

To the question of what does each side have to lose, the same trade corresponds to 23 per cent of UK GDP but only 4 per cent of EU GDP.  Undermining that trading relationship by failing to agree on something will hurt both sides, but it will hurt the UK a lot more.

If Britain were to leave the EU, the two sides would gradually drift apart and the concessions needed to prevent that would have to come overwhelmingly from the British side.  This is not due to malice, it is simply due to maths.