A problem of rotation

A problem of rotation 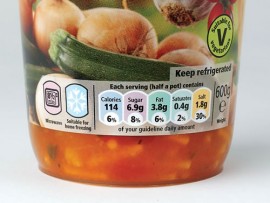 Another example of the problems caused by the rotating presidency of the Council of Ministers came into my in-box today.  Federalists have long criticised the system of changing the chair of the Council every six months as leading to a lack of continuity and an unseemly rush at the close of each six month period to get some decisions taken which the incumbent chair can then claim the credit for.  It would be better and more rational to remove the six month rush.

The example  – you can read it here – lies in the forthcoming EU legislation on food labelling.  It has been under discussion for years and debated by the EP and the Council over several months, so a few extra months would not do harm if they were to lead to a better law in the end.  But no, that doesn’t suit the government in charge.

The article in Foodnavigator reports:

The rapporteur was also high critical of the Belgian presidency’s suspected motivations for reaching agreement before the end of its term of presidency, saying it has been “paralysed by political crisis”, in a bid to showcase some success. This has led to some important details being neglected, she said.

Which matters more, the quality of EU legislation or the vanity of the chair of the Council of Ministers?