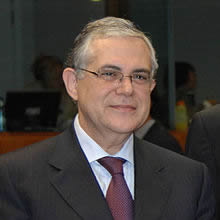 A second bailout loan for Greece has been agreed at a European summit, to stave off imminent bankruptcy for the government with all that implies.  No-one knows for sure what is implied by bankruptcy, but it can’t be good, which is why an agreement, with all its difficulties, has nevertheless been reached.

The financial terms are swingeing, and the political implications are far-reaching.  The national governments and the European Commission have been at pains to emphasise that Greece is a special case, but is this really true?

Greece is not the only country in financial difficulties, even if it is by some distance the worst.  Making Greece a special case is aimed at minimising the consequences if the bailout should fail and Greece is forced to leave the euro (and possibly the EU altogether).  For if investors fear that the euro is not forever, funds will flow from the countries that might leave the eurozone into the supposedly safer countries, with the result that the fears will become self-fulfilling.  By playing for time and lending money out cheaply to banks from the ECB, a Greek default might be contained.  But only if Greece is a special case.

But on the other hand, the problems Greece faces are widely shared.  Or rather, the problems the Greek people face.  Negative economic growth, demands for cuts, loss of hope: these are not confined to Greece alone.  The austerity strategy is a hard road to follow, but it has many travellers.  In this sense, Greece is not special.

There remains unsettled the issue of how to apportion the costs of the crisis.  Overall, these costs are as great as those that might come from a war or a revolution, and dealing with them could be as grave, but this has yet to be tackled seriously.  The first instance of this issue was Iceland, but the overall sums involved were not a systemic threat to anyone: the dispute between Iceland, the UK and the Netherlands was over only GBP 3.4 billion.

Greece, by contrast, requires loans of EUR 130 billion, which makes the Icelandic debt seem small.  But the underlying issue is the same: who pays?  Which Greeks, which Icelanders, or is it which Germans, which Finns?

Federal Union held a seminar last November, jointly with the Wyndham Place Charlemagne Trust, to explore this very question – read the report here – and it was apparent that it is hard to separate this question from the wider issue of European capitalism and how it works.  This second question, unlike a bailout loan, is not one that can be agreed at a European summit but actually needs to be worked through in the processes of European politics.  It is something that matters to all of us, whether debtors, creditors, or simply taxpayers, and there will be no lasting solution to the debt crisis without a solution to this broader economic question.

In the most importance sense, therefore, Greece is not a special case at all.