All voters are not equal

Home/Blog/All voters are not equal

All voters are not equal 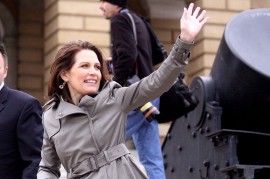 One of the basic ideas of federalism is that citizens of the federation all have equal rights, regardless of which member state they might live in.  Their rights with respect to the state level might vary, each member state being entitled to decide its own rules for itself, but member states are not entitled to limit or interfere with the rights enjoyed by citizens at the federal level.

As a result, the various schemes for federation in Europe all assumed that Nazi Germany was their mortal enemy.  Germany could only be admitted into the federation once democracy had been restored there, but the federation would be much weakened as long as Germany was not a member.  Remember this whenever a nutty Eurosceptic tries to tell you that the EU is the extension of the Nazi vision of Europe: in fact, it is the negation of that vision, it is the exact opposite.

That detour into the history of federalist thinking was provoked by a news report today about the American presidential election, in which the voters of Ames, Iowa, a town of 60,000 people in the American Midwest, are choosing who should be the Republican candidate for president.  Theirs is not the final say, of course, but it is by far the most influential, because they choose first.

There will be a series of caucuses and primaries in the winter and spring of 2012, but in Iowa the first contest between the candidates has already happened.  Michele Bachmann was the winner – she was born locally herself, which probably helps – but, more importantly, candidates who fair badly here often drop out.  Governor Tim Pawlenty of Minnesota came a poor third and has done just that.

The American system gives one part of the country a privileged position in the electoral contest, and as a result will see American politics tilt disproportionately in the direction of the interests and values of the people who live there.  These interests and values are rural and conservative: if you want to know why America intervenes in agricultural markets, here is why.  A fairer electoral system would treat all voters equally, rather than giving some of them a headstart.