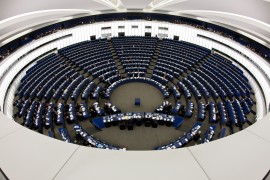 Published in The Independent, 19 February 2007

Sir: Simon Carr may be an experienced observer of Westminster but he is woefully ill-informed about the European Union (sketch, 8 February). Members of the European Commission would be flattered to be told that they are part of the most powerful political body in Europe – they have no powers to pass legislation, the EU budget is only 3 per cent of overall public spending – and members of the European Parliament are far from powerless. They have the power of co-decision over most legislation and indeed, in 1999, brought down an entire European Commission. It is a long time since MPs in Westminster exercised such control over the executive.