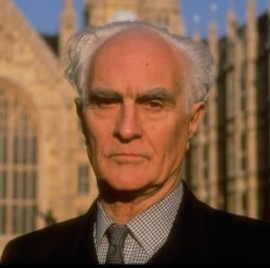 Federal Union believes that to achieve these objectives will require a written constitution for Europe to replace the existing impenetrable jungle of treaties.

But we at Federal Union are equally, and possibly even more urgently concerned to replace the present ramshackle structure of Great Britain with its partial arrangements for devolution, the emasculation of local government, its transitional and makeshift upper chamber of Parliament and the unacceptable blurring of the distinction between the judiciary and the executive, and to resolve these problems by means of a properly thought out constitution on federal lines.

And we would not be true to our federal ideals if we did not cling to the eventual hope that the United Nations and other international organisations might better serve the peace an prosperity of the peoples of the world by accepting the rule of law in international relations, which is surely the greatest achievement of the European Union. (21/05/01)