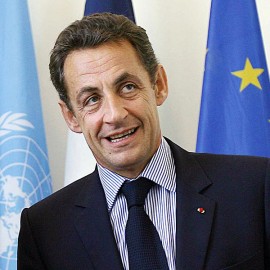 As the six month French presidency comes to a close, I have been asked for my reflections on the performance of President Sarkozy. Not only has he had to lead France for the past half-year, he has also had to think about European issues from a European perspective as well as from a national one.

And what issues. There has been the war in Georgia, the need to find a way forward after the Irish referendum rejected the Lisbon treaty, and the financial crash on Wall Street, which came to a head with the bankruptcy of the US investment banking industry and the ensuing crisis of confidence around the world.

Most presidencies would have busy enough with just one such issue, never mind three.

Reporting to the European Parliament at a session in Strasbourg (read the speech here), he remarked that “I tried to change Europe, but Europe changed me”. And he went further to recommend that this is an experience that every government leader should have.

This sounds fine, except it can never work. With 27 member states and a six month period of office, the presidency will come round to each country every 13½ years. The average head of government is in office for about half that time, which means that most of them will never chair the European Council. There are two lessons from this.

First, another method is needed to provide heads of government with a European viewpoint. They spend most of their time working within national politics, with only occasional excursions for European issues. They have to work with their opposite numbers from other member states, but do not do so enough. More needs to be done to bring them together, both while they are heads of their respective governments and also at earlier stages during their careers. The reality of the European Union should become clearer to politicians at all levels.

And the second lesson regards providing leadership for the European Union from an all-European perspective. If a rotating six month presidency cannot do this, what can?

The answer is that there is an institution within the EU set up for just this purpose, namely the European Commission. It is composed of experienced and successful politicians, supported by an adequate and well-trained staff, and already possesses the right to propose legislation and the command of the EU budget. Its democratic mandate is rather indirect at present, but that could readily be strengthened. (In 26 out of the 27 member states, do not forget, the president of the European Council, whether Nicolas Sarkozy or anyone else, has no democratic mandate at all.) To strengthen that mandate is a matter for the European political parties, when they decide how to contest the European parliamentary elections in June next year. With candidates for president, or without? Perhaps President Sarkozy can work his magic here, too.