Barroso deserves to be re-elected

Barroso deserves to be re-elected 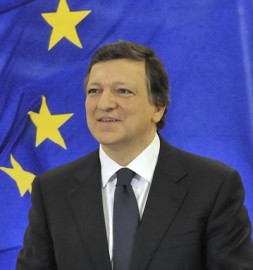 EUOBSERVER / COMMENT – If all goes according to schedule, Jose Manuel Barroso will be confirmed in office this week for a second term as president of the European Commission.

He has been nominated by the European Council, representing the heads of state and government, and it is likely that he will get majority support in the European Parliament in a vote on Tuesday.