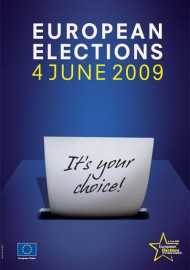 I wrote on this blog at the end of June asking who had won the European elections. The figures on seats won were quickly announced, but it has taken longer for an analysis of the votes cast to be produced.

In one sense, the European elections are misnamed. They elect MEPs to sit together in the same parliament, but each country conducts its own elections according to its own rules and procedures and on its own timing. Even the polling stations were open on four different days in different parts of the EU. One of the consequences of this is that there is no official EU-wide publication of the results, in terms of the votes cast.

The European Movement has now published its own breakdown of these figures (you can read it here). The analysis reveals a swing from left to right of 1.9 per cent but also a swing from large parties to small ones. The total percentage of the vote that went to parties did not get into the EP at all more than doubled to over 10 per cent. This, coupled with a decline in turnout to 43 per cent overall, shows that the EU still has to convince the voters of its relevance as a place for democratic participation.

The left/right battle that characterises party politics in most EU member states is augmented, and even overshadowed, by a contest between the mainstream of politics and the periphery. It may well be that winning this second contest should be afforded higher priority than fighting the first in the European Parliament in the next five years.