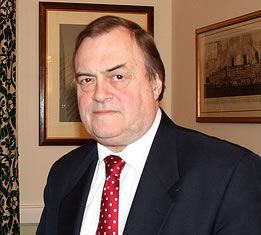 It has long been an argument of Federal Union that a federal United Kingdom would be economically more successful than the centralised version we have at the moment. During the halcyon days of the Blair/Brown bubble, people used to ask how the British could have been more successful than it appeared to be at the time. In these more recent and more realistic times, those people have their answer.

Regional government puts effective powers into many more hands, hands that are closer to the problems that need to be solved. But for the mess caused by John Prescott over the referendum in the north east, we might be some way towards such a system. Regrettably, the case for regional government is as discredited as the man who was supposed to champion it, but maybe regional government will bounce back first.

A further point is a reflection on the case for an English parliament. It could be part of a federal United Kingdom of a kind, and would solve a number of the problems posed by the current system of asymmetry in the British constitution. On the other hand, it would still represent 48 million people, the population of England. It could hardly to deliver the benefits of true regional government demonstrated by the AER study. An English parliament would itself have to set up some kind of regional system if it were truly to provide effective and democratic government of the kind the English are looking for.