The problems and achievements of the Council of Europe

Home/Europe, Latest News/The problems and achievements of the Council of Europe

The problems and achievements of the Council of Europe 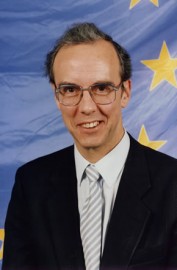 It was summer 1949. In the village of Le Hohwald, tucked away in the heart of the Vosges pine forests, the staff of the Grand Hotel were busily clambering over the roof putting up a variety of national flags to celebrate the first meeting of the Council of Europe’s consultative parliamentary assembly which was about to take place in Strasbourg. Most of those working at the hotel were from Alsace, a province which four times over the past hundred years had changed hands in wars between France and Germany. Others came from Yugoslavia, Russia, and even one from Britain. For all of them the creation of this new Council of Europe offered hope for the future.

The public enthusiasm which greeted this step towards a united Europe is now largely forgotten yet at the time it was seen to offer our continent and its citizens a glimpse of a better, more democratic future. World War II – the second such conflict in one generation – had ended only four years earlier. In most countries – those not under Soviet occupation and where free discussion was possible – there had already been much debate over the future of our continent and even talk of a European federation. In 1948 at a large-scale Congress of Europe in The Hague chaired by Winston Churchill and attended by 700 delegate – civil society representatives as well as politicians – a resolution was table calling for a United Europe with ‘free movement for persons, ideas and goods’, a Charter of Human Rights enforced by a Court of Justice, and a European Assembly. It received overwhelming support.

Within a few weeks the participating governments had agreed and the Council of Europe was born. It was to be an intergovernmental body headed by a Committee of member states’ ministers but with a Consultative Assembly made up of representatives of the member states’ parliaments. Its stated purpose was to promote democracy and human rights in Europe.

Unsurprisingly – for memories of the Gestapo and Hitler’s concentration camps were still vivid – its first tasks were to draw up a European Convention for the Protection of Human Rights and to establish a Court of Human Rights whose judgements would be binding on its member states. For those who had suffered under fascism this move was particularly meaningful. Moreover, with most of eastern and central Europe then occupied by the Soviet Union it was also intended as a demonstration of the superiority of democratic institutions based on respect for the individual as compared to the restrictive practices of communism.

Popular attitudes to “Europe” have changed since those heady days, perhaps largely because of inadequate coverage of European issues in the popular press and other media. Or else because, to put it bluntly, over half a century without a major European war has dulled the previous sense of urgency. To make matters worse, the distinctive functions of the Council of Europe on the one hand and the European Union on the other seem at times not always to be understood even among the cognoscenti.

Martyn Bond’s recently published book, entitled simply “The Council of Europe” and covering both its origins and later developments, is therefore particularly welcome. In it he outlines the Council’s intergovernmental structure with its political decisions being the responsibility of the Committee of Ministers – that is, ministers nominated by and acting on behalf of member states’ governments. He also makes some interesting observations on the role of the Council’s parliamentary assembly which may freely discuss and vote on political issues but has no legislative power. Yet since the collapse of communism it has played a valuable role in assisting ex-Warsaw Pact countries to develop their own democratic institutions and been particularly active in forming personal links with parliamentarians in eastern and central Europe including Russia.

He also points out that today the Council has become “a forum where Russia and Ukraine are important, active members along with other states which belong to the EU and NATO. It also offers an arena where Turkey has a major and independent role to play alongside other states.”

Moreover, the European Union which came into existence originally as an economic community now insists that all countries applying for membership should first join the Council of Europe and adhere to the principles of human rights and democracy as set out in its Conventions whose provisions must be incorporated into their domestic legislation. The European Union itself has also signed the Convention on Human rights and there is talk that it might wish to join the Council, a move which would have an interesting impact on Europe’s political architecture.

Martyn Bond is especially thorough in his treatment of the political context within which the Council has had to operate. In particular, he is critical of the west’s failure to react adequately to what he calls “the destabilizing effects of national minorities” in recent crises following the collapse of communism. The shifting of the political tectonic plates of central and eastern Europe, visible in events such as the Serb/Kosovar conflict and other problems in ex-Yugoslavia or the tensions between Russia and Georgia which have yet again demonstrated our continent’s need for an authority able to monitor and safeguard the fundamentals of democracy and human rights. On present evidence it is questionable whether an organisation such as the Council of Europe can continue – as now organised – to continue to fulfil this role effectively. As he points out, only 33 of the Council’s 47 member states have so far recognised Kosovo’s independence, and hardly any have recognised South Ossetia and Abkhazia.

Secretary-General Thorbjørn Jagland once said: “Our aim should be to build a pan-European network of cooperation that involves all member countries and fosters greater unity, on the basis of human rights, democracy and the rule of law. This cooperation should be based on the principles of equality and respect for every member state, and on the strict observance of all the commitments the member states have undertaken.”

This book spells out in practical terms some of the problems of establishing a multinational political authority in post-World War II Europe and of maintaining its effectiveness. It is probably the most thorough account of how the Council of Europe works and its achievements to date. Federalists might wish for a more closely integrated structure. In the long run that might still emerge. Meanwhile, no-one reading this book can doubt the giant steps which Europe has already taken towards that goal.

FINAL NOTE: While clearly aimed at the USA’s academic market, hence the American spelling, this book should find a place on every federalist’s (and every student’s) bookshelf. It also contains so much of interest to readers in Britain and the rest of Europe that the publishers would be well advised to consider bringing out a cheaper edition.

Buy the book from Amazon here