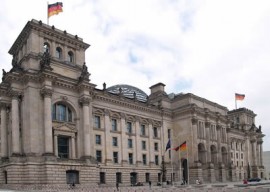 Reichstag building in Berlin, seat of the Bundestag (picture Arnoldius)

A meeting of the International European Movement was held this weekend in Berlin. I was there as a British delegate and also because the UEF bureau was meeting in parallel. I’m not sure if it’s really a good idea to have such meetings scheduled for the same time, but that’s not a matter for this blog.

The principal object of criticism for the lousiness of the deal ought to be the summit itself. Yet again, the most important decisions are taken in the least efficient and accountable way. We are told that the final deal was sealed at 5 am on Saturday morning, as if this was a matter of pride. It’s a terrible way to take decisions. Sleep-starved politicians are bound to make mistakes. The Amsterdam treaty actually contained errors in it because of the way in which it was written, and everyone agreed after the Nice summit that such an exercise should never be repeated. But now it has been.

The European Convention may have had its weaknesses, but it didn’t behave like a student with an essay crisis – coffee and Pro-Plus to hand – working all night to meet the deadline. The European summit did, so we should not be surprised if there are problems and confusions in the result.

Back to Berlin, the delegates to the European Movement had to be escorted through the Bundestag building, where the meeting was held, in case I suppose they did any damage to the fabric of German parliamentary democracy. Any more damage, I should say, in deference to the views of Roman Herzog (which you can read here).