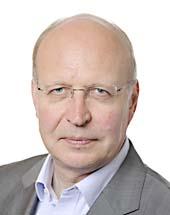 LAUNCH OF A NEW PUBLICATION BY ANDREW DUFF MEP

The European Union must take a decisive step towards a federal economic government, with common fiscal policies and a larger budget, if it is to save the euro. Saving the euro is the precondition for the economic recovery of all Europe. A major revision of the EU treaties can no longer be avoided.

These are the main messages of a hard-hitting new pamphlet written by Andrew Duff and published by the Federal Trust. You are invited to attend the London launch of this pamphlet at 5.00 pm on Thursday 6 October 2011, at Europe House, 32 Smith Square, London SW1P 3EU.

In Federal Union Now Duff argues that the currrent negotiations on the reform of the EU’s finances must aim to transfer items from the states’ budgets to the EU budget in the interests of efficiency savings. Such a shift in the levels of spending must be accompanied by the creation of independent streams of revenue to the EU.

This new form of EU federal government will require the creation of an EU treasury and the integration of the presidencies of the European Commission and European Council. As a contingency plan, Duff proposes that a new category of associate membership be created to cater for the likelihood that the UK will decide not to follow, at least for now, the federalist integration of its mainland European partners.

Andrew Duff MEP (UK/LibDem) is President of the Union of European Federalists and spokesman on constitutional affairs for the Alliance of Liberals and Democrats for Europe (ALDE). He is co-chair of the Spinelli Federalist Intergroup and the Parliament’s rapporteur on electoral reform.

If you would like to attend on 6 October, please reply to Alison Sutherland on [email protected]