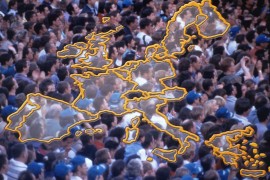 The distribution of votes among member states in the Council of Ministers has turned out to be one of the most controversial issues facing the IGC. Nobody should be surprised by this. The IGC represents the national governments of the member states, whose primary mission is to look after their own interest rather than that of the citizens or even of the Union as a whole. From this perspective, their battle over the number of votes each country has makes sense. From the point of view of Europe as a whole, though, it does not.

The draft constitution approved by the Convention proposes a system of double majority voting in the Council. This means that a decision requires the support of a majority of member states representing a majority of the Union’s citizens. If each had an equal vote, in the manner of the World Trade Organisation, the fact that the different member states have widely different populations, from Germany with 80 million down to Malta with four hundred thousand, means that a majority vote might end up being based on only a small minority of the Union’s population.

Double majority reflects both the diverse interests of the member states and the fact that some are much larger than others. And it has some other advantages, too.

It is simple. A majority means a majority of member states representing 60 per cent of the people (no more complicated mathematics). The Union is turning into a union of states and citizens and the new system of double majority voting will be based on this. In a desert of European complexity, this is a welcome oasis of simplicity.

It is legitimate. The Convention met in public, bringing together representatives of governments, national parliaments (with members from both governments and oppositions), the European Parliament and the European Commission for 16 months, and agreed to propose double majority voting. A secret meeting of foreign ministry civil servants cannot justify doing anything different. The next Convention, needed by no later than 2008, might change the system (50 per cent would be better than 60 per cent for the population criterion) but until then, Giscard’s double majority is the best thing going.

It can grow. What happens when the next new member state joins? Croatia is surely going to be a member soon, but no-one has discussed yet how many votes it will have in the Council. Among the existing 28 states for which voting weights have been calculated, there are 268,435,456 different combinations of votes that might be cast. The 29th member state will double that number. The 30th member state will bring with it over half a billion more. After that, the numbers get really big. Is anyone really suggesting that each of these possibilities should be scrutinised in detail by every participant in the negotiations (no, we are not going to try and calculate how much scrutiny this amounts to) before it is agreed that a new member state can join?

It is fair. It does not favour any particular country. Ana Palacio, Spanish foreign minister, asked whether the rest of the Union wanted “the most populated country, which will be Turkey in the near future, to have the dominant role and which sets the voting system”. Why is there a sudden worry about Turkey? At the moment, Germany is the most populous country with more than 20 per cent of the Union’s population (Turkey, when it joins, will contain no more than 15 per cent). Does Ms Palacio object to the role that Germany is playing in the Union at present?

And if double majority voting is not taken up, the distribution of votes will be the one that was agreed at Nice. Yes, the prospect really is that bad.

The Nice summit is remembered principally for the difficult way in which discussions and decisions took place: bad-tempered, sleep-starved, rushed. It is hard to imagine that anyone could think that it was a better way to take decisions than the Convention.

And the actual decision taken at Nice was widely criticised at the time. In fact, fewer than 5 per cent of the votes were actually moved from one member state to another: hardly a serious response to an issue billed as central to the future of the EU. Plainly, the Nice deal was not good enough.

Furthermore, how can any member state argue that some parts of the Nice treaty should be retained and not all of them? Each deal is a package, with different elements brought in to satisfy different participants. It is simply wrong for a single part of such a deal to be given an elevated status and retained regardless of its underlying merits.

The case for double majority voting in the Council of Ministers is straightforward. It is simple, understandable and fair. The challenge to the IGC is this: can it be the same?

This “Federalist Letter” is issued by the Union of European Federalists as part of the “Campaign for a European Federal Constitution”. For further information and support:
UEF – Chaussée de Wavre 214 d B-1050 Brussels, Tel: + 32-2-508.30.30 – Fax : +32-2-626.95.01, E-mail: [email protected] – Website: www.federaleurope.org With the financial support, but not representing the opinions, of the European Commission.