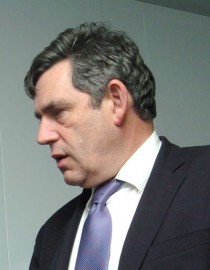 It may be safely said that Gordon Brown must have a strong constitution if he can withstand all that has been thrown at him and still remain prime minister. But can it be said that his latest proposals will strengthen the British constitution?

His statement to the House of Commons today (read it here) covers, of course, concerns about expenses and MPs’ behaviour, but it also moves onto more substantial territory, too. It is fair to say, indeed he says it himself, that these are rather more substantial issues to deal with, and one is left wondering whether the dying days of a government is the best time for initiatives such as these. The development of English regional government was killed by a referendum in November 2004, just before the next election rather than just after the previous one. Referendums have to be held quickly or not at all.

There were five main items in Gordon Brown’s statement, and there is quite a lot to be interested in from the standpoint of this blog.

First, there is renewed discussion of an elected House of Lords. Federal Union has pointed out the value in an indirectly-elected second chamber that finds a way to represent the interests of sub-national levels of government in the Westminster system. (Read the Federal Union proposal here.) The debate in the House of Commons seems to take the method of election as read, with only the percentage to be elected still to be decided. That would establish the upper house as little more than a clone of the lower. It is possible to be more sophisticated than this.

Secondly, Gordon Brown raised the prospect of a written constitution. This, he said, will define the rights and responsibilities of a British citizen. Good, says this blog. Power should come from the bottom and not from the top.

The third item on the list is the prospect of more devolution, to national assemblies and local government. This is welcome, as is the accompanying awareness of the need to “strengthen the engagement of citizens in the democratic life of their own communities”.

Fourth, there is electoral reform, on which there are strong views but where federalism has little to say.

Finally, there is “increasing public engagement in politics”. This is vital. All the other changes to the system of government will fail if they do not win the support and involvement of the people, both at the start and on a continuing basis. The experience of the European Union is salutary in this respect: declining electoral turnouts and decreasing interest do not speak well of an institutional system.

And, speaking of the European Union, why did Gordon Brown not mention it in his statement? The five points he raised relating to Britain pretty much apply there too. And, more importantly, because the EU is so important to Britain now, if the EU is not fixed on a democratic and participatory basis, British political life will continue to be weakened, too.