Greening America to green the world

Home/World/Greening America to green the world

Greening America to green the world 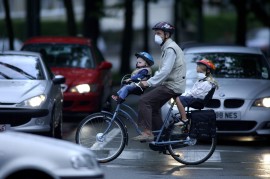 The world has experienced many unfortunate events, e.g. the World War II (WWII) that was perhaps the last serious event. WWII was the result of many circumstances, e.g. surging nationalism, protectionist policies and inability of the League of Nations to foster stability. After the war was over, various leading countries had to come together and provide a framework for peace and security, economic development and human rights. The second half of the twentieth century has seen the world economies grow and move forward after removal of some symbolic road blocks like the Berlin Wall and the Iron Curtain. However, there was a kind of blindness about environmentalism until the 1980s, apart from some developed countries paying limited attention to avoid air pollution, water pollution and wastage of water.

The world is facing serious problems resulting from global increase in population, increasing demand on scarcer energy supplies and natural resources, and global warming caused by increasing emission of greenhouse gases (mainly CO2). These developments are relentless and inter-related. Their joint influence could bring about abrupt, serious and irreversible effects on air, oceans, glaciers, land, coastlines and survival of various species of animals. Furthermore, excessive demand on oil and gas and increase in their prices give rise to politics of energy. Some oil-exporting states have gained extraordinary powers created by the oil wealth, which may have a warping effect on democracy in the world. All these ill effects could be pushed well past the tipping points into such disastrous realms as the world has never known before.

Read the whole paper at 081203greenamerica