How can multilateralism be democratic?

Home/Federalism/How can multilateralism be democratic?

How can multilateralism be democratic? 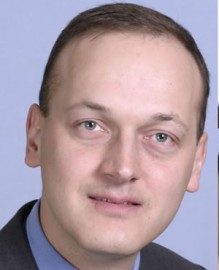 Based on a talk given by Richard Laming to the AGM of Federal Union, 12 March 2005.

I remember in the days of the debate about the euro, a central part of our argument was that democracy should not be confined the national level, it could also in principle exist at European level too. Opponents of euro membership would say to me (as if this were somehow a triumphal refutation of my argument) “so by your logic you should be in favour of world government, too” and, by my logic, I suppose I am.

But there is more to politics than mere logic. There is also human sentiment. And that sometimes points in a rather different direction. It is not enough for federalists to dream up abstract theories of political institutions: they also have to be rooted in real human behaviour.

Michael Portillo described the problem well in a pamphlet he wrote about the euro back in 1998 – his quote is used in the background pack for the Citizens for Europe conferences on citizenship:

“Democracy requires not only the cracy but also the demos, not only the state but also the people. You can create the apparatus of a state at European level, with a common frontier, a single immigration policy, a common foreign and defence policy, and a single currency. All the attributes of the nation state, all its functions, can be transferred to the European level along the Monnet-functionalist model. But what we do not have and what we cannot conjure up is a demos – that is, a single European people”

So here is our first consideration for how to make a multilateral system democratic. There has to be a demos, or a sense of fellow-feeling among the citizens. They have to agree that they have things in common which the political institutions they share are entitled to deal with. They accept that they might be outvoted, and that a policy supported by a majority but which they happen to oppose might still be legitimate.

But beyond a sense of fellow-feeling among the people, what else? What are the other features that make multilateralism democratic? Here are some suggestions. I will draw examples principally from the European Union, because that is where democratic multilateralism is most developed, but I hope that the ideas can be applied in other places, too.

Any democratic political system above a certain size has political parties of one sort or another. They arise when it not possible for every voter to know personally every other voter and make his/her own assessment of their views and opinions. A political party is a convenient label to describe the political views of a candidate. They form and survive because members of parties who stick together gain an advantage as a result. They can be more effective in advancing the views that they share or putting each other into positions of influence. Without parties, a democracy will be an inchoate shambles.

Democratic multilateralism therefore requires parties that are organised meaningfully on the scale of the whole institution rather than just of its constituent parts. Within the EU, this means at the European level. Perhaps one of the reasons why the British Conservatives have not felt particularly at home in the EU in recent years is that they are not properly part of a party political family – they are attached to, or rather semi-detached from, the Christian Democrats.

The origin of the very word parliament is the notion of talking. This implies a shared language. Conducting parliamentary business is hard when you rely on translation – the people can’t really speak to each other directly. I remember a speech by Labour MP Kerry Pollard when he said that the European Parliament wasn’t a real parliament because MEPs couldn’t interrupt each other in debates. This is not as superficial a comment as it might look.

The EU has notoriously been required accommodate many different working languages, which will serve to make democracy in the EU harder. However, recent reports from the people who work there suggest that a common language is taking over as overwhelmingly the main one for the conduct of business. No, it is not French, it is English.

This might seem like a rather unlikely proposal, but I think it is actually quite important. Politicians are an essential component of a democracy – they are perhaps the oil that lubricates the machine – and they are not robots but people. They have the same concerns and ambitions as anyone else (more, you might say) and, crucially, they have to be persuaded to make a multilateral system of democracy work. The best politicians have the option of pursuing politics at national level if the multilateral system is not sufficiently rewarding.

In the European Parliament, for example, there needs to be a route in and a route out and an opportunity to progress while there. We see quite a lot of MEPs giving up the EP for a seat at Westminster instead and very few going the other way. Within the EP, there are committees to be chaired and groups to be led, which offer a sense of progress for a dedicated member.

A particular moment where this arose was in the debate during the Convention about the rotation of European Commissioners. The method of reducing the size of the Commission that was adopted includes the possibility of discrimination between member states by insisting on rotating them out by nationality. This holds out the prospect that a successful and popular Commissioner will lose his/her place purely by virtue of his/her national origin. This is not an idea conducive to encouraging the best people to want to take the job.

There are other issues that also merit attention, such as salaries, electoral practices, attitudes to public spending and the conceptions of meetings and time keeping. Different political cultures have different attitudes: a viable multilateral democratic system needs to find ways of accommodating them all.

One can draw an interesting comparison with multinational companies. In general they do not create “international” culture but rather reflect the culture of the place where they were founded. American companies in Europe and European companies in Europe feel noticeably different from the inside (so the people who work for them tell me).

From a democratic point of view, this isn’t acceptable. Everyone must be equal. This is where the rather dreamlike calls for the use of Esperanto come from. It is, in theory, a language which is equally alien to everybody (except of course for people who are already fluent in Esperanto, who tend to be the main advocates of the use of this language).

So, for all these reasons, democratic multilateralism is hard to do. I don’t need to persuade an audience of federalists that it is necessary, but there are some audiences of federalists who need to be reminded of some of the practical problems that need to be overcome.