How can national parliaments exert influence in the EU?

Home/Blog, Europe/How can national parliaments exert influence in the EU?

How can national parliaments exert influence in the EU? 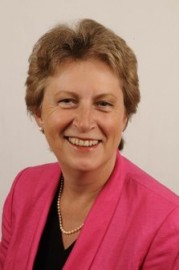 Labour eurosceptic MP Gisela Stuart convened an interesting debate in Westminster Hall on 16 July about the role of national parliaments in the EU legislative system.  Her speech focused on ways in which procedures in Westminster and Whitehall could be improved, and not doubt there are some, she should be have been much more harsh about the EU legislative process itself, and particularly how the Council operates.

The working methods of the Council of Ministers itself could be usefully changed in ways that would improve transparency and thus, if the public wanted it, accountability too.

The Votewatch website, which was mentioned by Bill Cash in the debate, illustrates the problem.  In most, if not all cases, a single vote is recorded in the Council for each item of legislation, but we all know that there are many more decisions than that before the legislation gets to the final stage.  As Gisela Stuart herself remarked in the debate, a minister who subsequently tries to unravel anything is told, “That’s the deal; that’s it.”  But it is among these preliminary decisions that many of the concerns expressed about European laws lie, yet there is no means of understanding how, why and by whom they were taken.

For example, an analysis of the process to reform the EU sugar regime in 2005 (read the paper here) found that working groups, that is to say, meetings of civil servants, took decisions increasing EU expenditure by hundreds of millions of euros.  Who was in favour of that?  No-one knows.  By the time it came to the ministers, it was too late: that’s the deal, that’s it.

It can’t be right that the system works like this.  It prevents national parliaments from exercising proper control over their respective national governments, and it leaves voters and taxpayers in the dark about what is being done with their authority and their money.

The origin of this problem is that the Council of Ministers still works too much like a diplomatic club and not enough like a democratic legislature.  Allowing public scrutiny of the final vote, as is the case at present, is necessary, but it is by no means sufficient.

The officials who take part in the working groups approach them like an inter-departmental committee, where everyone is fundamentally on the same side, trying to reach a common accord.  But this is politics: the Council ought to act more like a assembly, where there are opponents who need to be defeated.  Professional or bureaucratic solidarity among the officials in the Council committees and working groups is surely welcome, but not at the expense of accountability.

There is the question of whether it is possible for the Council to change its habits, to which the answer is surely yes.  Other legislatures can act in a more transparent manner – the European Parliament does so, albeit imperfectly – so why not the Council?  It might amount to a substantial change in the way the EU works, but if we are contemplating multi-billion euro mutual sovereign debt guarantees, I think the EU can write and publish the minutes of its legislative working groups.

Once this information about the progress of EU legislation is properly in the public domain, national parliaments will be able to take an interest in whatever issues they choose, rather than relying on their respective national governments to keep them informed.  NGOs and campaign groups, businesses and trade associations, lobbyists and hobbyists: these can also be expected to scrutinise the outputs from Brussels to see if there is anything to which they wish to draw attention.  Sunlight is the best disinfectant, is it not?

The paper on the debate about sugar reform contains some recommendations on how the Council’s decision-making system might be clarified and improved.  It is based on the experience of 2005, but the more recent reform debate that concluded last month shows that very little has yet changed.

Any organisation that wants to retain the confidence of the public has got to get used to much more openness than it might have been comfortable with in the past.  That has to include the European Union, too.