Lessons from Libor for EMU

Home/Blog/Lessons from Libor for EMU

Lessons from Libor for EMU 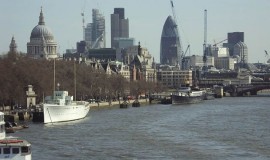 The City of London – who knows what hidden nasties are waiting to be uncovered? (picture Green Lane)

The European Council meeting has reached yet another agreement that will solve the EU’s financial crisis, this time relating to banking supervision.  (Read about it here.)  Mark Twain said something similar about giving up smoking: the EU finds it easy to make plans to end the crisis because it has done it so many times already.

This particular agreement involves suitable legislation being in place from the beginning of next year and funds becoming available via the European Stability Mechanism to back up that legislation at some point during next year.  Opinions appear to differ about when exactly those funds will become available.  (Read about the disagreement here.)

Two lessons can be drawn from this.

First, there is no substitute for law rather than political agreement in governing Europe.  One of the reasons that so many previous agreements to end the crisis have not in fact done so is that they did not bind the parties ort the agreement.  They were political statements – expressions of sympathy – rather than legal statements carrying with them obligations.  Every day that the crisis goes unsolved increases the cost of solving it.

Secondly, not only does delay increase the cost of a solution, it increases the risk that no solution can be found.  That is the lesson of the Libor scandal, in which banks were found to be submitting inaccurate information about their trading activities to their trade association for market-setting purposes.  if the problem is that some large banks are substantially in danger of insolvency and need new capital in order to stay afloat, who is to know how much capital is needed and when?  The European Commission has conducted stress tests that are supposed to reveal the extent of their difficulties, but Libor tells us that we cannot trust the banks.  Every day of delay is a day in which a bank might be found not to have told the truth about its true financial position (being charitable and assuming that the banks even know what their true financial positions are, which, given the complexity of their derivative trading, they cannot).

Political indecisiveness has its costs, costs that could become very large indeed.