New patterns of citizenship in Europe

Home/Europe/New patterns of citizenship in Europe

New patterns of citizenship in Europe 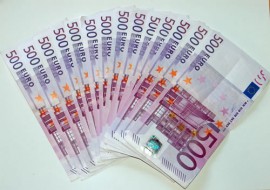 Euro notes, but no-one on them (picture Frank Schwichtenberg)

Based on a talk given at the Ventotene seminar, 30 August 2005

The question of citizenship is a very important one for federalists. I believe it is at the heart of the failure of the European constitution in the two referendums. The issues involved in the constitution are not only – and in fact not even mainly – institutional ones. Did the Dutch people really vote against greater parliamentary control of the EU budget, for example? No, the reason that people voted no was because of their uncertainty about the broader relationship between the citizens and the integration of Europe.

The basic point is that Europe needs a narrative. By which I mean it needs a story that links together all its different elements in a consistent way. There has to be a simple answer to the question of what Europe is for. This means that the same kind of approach has to be applied to politics, economics, and in social policy too, in a way that the citizen can understand. Making the Union understandable by the citizen is not merely a question of a transparent legislative process or open meetings of the Council or a constitution short enough to fit in your jacket pocket. Successful politics is based not on a set of policies each of which makes sense in its own terms but rather on an overall coherent approach to those policies which makes sense.

What I will present here is the idea that Europe lacks such a narrative, that the narrative it has previously relied upon will no longer work, and I hope to introduce some thoughts about what the new one might be. This is as much a practical question as a political or theoretical one.

The traditional European narrative was that the supranational was more effective than the national in solving certain kinds of problems. We would argue for a single market in place of the then 12 national markets. A European-level approach was needed to fight cross-border pollution. We now argue for a European defence rather than the existing national attempts at defence. However, the rise of globalisation reveals the limits to this narrative. These limits were made very clear to me during recent debates over the constitution in Britain.

Opponents of the constitution would sometimes argue not against supranationalism as such but against European supranationalism. If we say that a home market of 450 million consumers is better for a company than a home market of only 60 million consumers, they asked why we should stop at only 450 million. If we say that national environmental protection cannot work – that we cannot protect a Britain-shaped patch of ozone layer – they say that we cannot protect a Europe-shaped patch either. And looking at the amounts of money committed to defence and to military research, even a single European army will be very much weaker than the armed forces of the United States. A credible European defence is still not possible without the Americans, they say.

What are the things that European countries have in common which they do not share with countries outside Europe? That is what the new European narrative must be based on.

I am involved in a project in the UK which looks at exactly this question, called Citizens for Europe. We look at the different aspects of citizenship in a national context to see what we can learn about citizenship at the European level. We ask people at our events to think about questions of influence, justice, resources and identity, and to think about how these features are shared among citizens and denied to non-citizens (if in fact they are denied). And then we take these examples to see what European citizenship might be composed of, to see what a European narrative might say. (1)

The heart of the problem is not that person X or person Y should be on the banknotes; it is that it doesn’t feel wrong that there is nobody on the banknotes right now. The European Union simply doesn’t yet have that sense of community: the banknotes are a functional economic device rather the symbol of anything more substantial. Until that attitude changes, we cannot really expect any future significant steps in European integration.

I want to finish with a couple of examples of the narrative and why it is a factor in our thinking about the future of Europe. I think I should show that it is both a practical question and also a strategic one.

In terms of practicalities, there is the question of the accession of Turkey to the EU. I don’t intend this to discuss this question here, merely to note one set of reasons to oppose Turkish membership. They were raised by Wolfgang Schäuble in a Polish newspaper last month, when he observed that: “The EU should not extend beyond the boundary that we call the European continent. Otherwise people will stop identifying with it. And if so, Turkey, the vast part of which lies outside Europe, cannot belong to the union.” (my italics) (2)

The problem is what the European citizens will understand about Europe. It is not an economic or social question. It is the search for a narrative.

Secondly, from a strategic viewpoint, there is the notion of the federal core. At every stage in European integration so far, we have added more powers, more democracy or more countries to the European Union. These three trends have all moved in step, and the public has been asked to value Europe more as a result. This has been the European narrative as I remarked earlier.

Of these three trends, the growing number of countries is the most visible and is in fact the visible proof to the public that the increased powers and more democracy are actually working. The problem with the federal core proposal is that it rejects this notion of more countries; indeed, it proposes that Europe should get smaller rather than larger. Aside from the institutional difficulties and the political difficulties, there is the simple question of who would believe in it? This idea amounts to a rejection of just about everything European integration has previously been seen to stand for in the public mind. Proponents of the federal core have got to come up with a narrative that is more compelling than can be constructed for the European Union as a whole. They haven’t done so yet and, speaking personally, I don’t think they can.

The conclusion of all this is that citizenship is not merely the right to vote but also the belief that the right to vote matters. This means that the political institutions themselves must also matter. Ensuring that European citizens believe that their vote matters is the next challenge for federalists and for Europe.

(1) You can read the background pack here: http://www.new-politics.net/campaigns/european-citizenship-project/citizens-in-europe/20040727032643.pdf

Richard Laming is Secretary of Federal Union and a member of the bureau of the UEF. This article is based on a talk given at the Ventotene seminar on 30 August 2005.