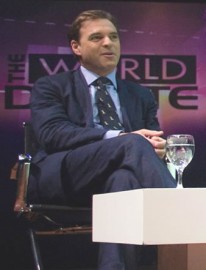 The world is a big, bad place and the relative importance of Europe’s individual states is declining economically and demographically with every passing year. As Mr Mandelson has found, it is hard enough to sustain the momentum of trade liberalisation even when Europe speaks with one voice. In other spheres, the EU is simply a negligible quantity. What would have been more absurd than to leave foreign policy divided between yet another set of twins, the High Representative for the Common Foreign and Security Policy (Javier Solana) and the Commissioner for External Relations (Benita Ferrero-Waldner)? The choice is no longer between national foreign policies and a European foreign policy, but between national irrelevance and collective influence.

The irony is that this nationalist turn is happening at a time when a majority of ordinary Europeans appear to be moving in the opposite direction. According to Eurobarometer, the surveys conducted on behalf of the European Commission, membership of the EU is now regarded as “a good thing” by just over half of European voters (57 per cent), its highest level since 1994. Two thirds of voters favour the idea of a proper EU constitution. Slightly less, 62 per cent, support the idea of unitary EU foreign and defence policies. A startling 56 per cent expect the EU to have its own army in the future. And 51 per cent expect it to have a directly elected president.

The problem is not with the majorities, but with those noisy minorities that regard EU membership as having been downright bad for their countries, which amount to roughly 30 per cent of the electorate in Britain and 21 per cent in France.

In the Sunday Telegraph