Opening for the Olympics

Opening for the Olympics 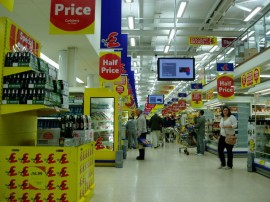 The government has trailed in the news the idea that the restrictions on Sunday opening for large shops should be relaxed for an eight week period over the summer at the time of the Olympics.  (Read about it here http://www.dailymail.co.uk/news/article-2116909/London-2012-Olympics-Shop-opening-laws-Sundays-eased-The-Games.html)  It intends to propose it in the Budget on Wednesday.

There is a case to be made that shop opening hours should be subject to restrictions and limitations of some kind.  When shops are open, it has an impact on the wider community – noise, traffic, and so on – and seven day a week opening might make it harder for members of the same family to have time off work at the same time, and there are some people for whom not working on a particular day is a matter of conscience and this something that our society generally respects and tries to accommodate.

There is also a case to be made that limitations on when people can go to work or go shopping are an unnecessary intrusion into people’s freedom, and also that they amount to red tape and a costly burden on business.

It is the role of politics to adjudicate between these competing arguments, but I don’t see why it is the role of national politics to do so.  The impact on a community of having shops open is local, as is the employment that comes from having shops open.  Let each local area decide for itself how it wishes to make the trade-off between busyness and having a day off.  Only the things that need to be decided centrally should be, and this isn’t one of them.