Politics dressed up as law

Home/Blog/Politics dressed up as law

Politics dressed up as law 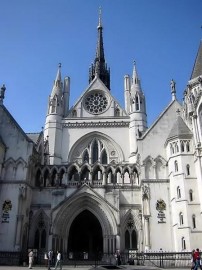 As this blog predicted, the attempt by Stuart Wheeler to force a referendum on the Lisbon treaty has been rebuffed by the courts. (The original story is told here.)

You can read the judgment here or you can follow my summary below.

The case brought by Stuart Wheeler argued that the previous government commitment to hold a referendum on the Constitutional Treaty gave rise to a “legitimate expectation” that there should be a referendum on the Lisbon treaty instead. The original terms of the claim – calling directly for a referendum – had had to be amended because the decision as to whether or not to hold a referendum is a legislative one, taken by Parliament, and not an executive one taken by the government. The courts cannot order Parliament to pass a referendum bill, so all the claimant could hope for was a declaration from the court that there ought to be a referendum, not an instruction that there should be one. The fact that the former is so similar to the latter is one of the reasons given for rejecting the claim: even if it was soundly based, it was unsatisfiable.

And it was not soundly based. The government had been very clear in its statements all along to distinguish between the two ratification processes for the Constitutional Treaty and for its successor. The court found that the differences between the two treaties were not immaterial, as a matter of law. Reference made by both claimant and defendant to other opinions on this question, arguing for and against, led the judgment to conclude that the existence of these varied opinions meant that the underlying issue was political and not legal in nature and that the court was ill-suited to making such political decisions. It was for Parliament to make decisions of this kind, and had duly decided against holding a referendum.

It is welcome that the principle of the separation of powers has been upheld. To have taken effect, Stuart Wheeler’s case depended on the High Court instructing MPs on how to vote in the House of Commons. Surely not even a Eurosceptic could think that the passage of the Lisbon treaty could be as bad as that.