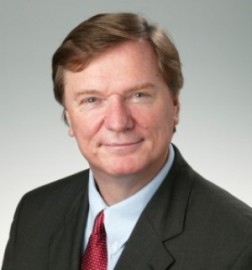 One of the supposed selling points of the European constitution was that it would define and limit the powers to the EU institutions. Member states and citizens would know where they stood. What can Brussels do, and what can’t it do? We have a right to know.

There was a continual strain of criticism, not wholly misplaced, that the European constitution did not in fact define and limit the powers of the EU institutions. For example, what does this mean?

“The Union shall have competence to carry out supporting, coordinating or complementary action. The areas of such action shall, at European level, be: (a) protection and improvement of human health;”

If you are in a cynical and suspicious frame of mind, then these words in Article I-17 are an open invitation to the rest of the EU to come here and tell us how to run the NHS. The centralisation of health policy, said some of the newspapers.

Alternatively, these words could provide the legal basis for exchanges of information and experience among medical professionals in different member states. There was a report recently of research into how to fight MRSA that was carried out in Poland. Using the EU to share that kind of knowledge seems like rather a sensible idea. There is no lust in other countries to take over our health service, just as we have no burning desire to take over theirs. Article I-17 facilitates a practical exchange between countries of a like mind, as does the rest of the EU.

Both of these interpretations come from the same form of words in the constitution. No wonder its opponents say that it must be changed. But, if that is so, let them also demand changes to the British constitution. A written answer in the House of Commons from the Prime Minister to Graham Allen MP published on 15 June observed that

“The powers available to the Prime Minister under the Royal Prerogative have evolved over many years and it is not possible precisely to define them.”

The Royal Prerogative is even more unclear than Article I-17. I would have more sympathy for opponents of the European constitution if they could show more consistency in what it is they do and don’t believe.

This blog entry first appeared on www.yes-campaign.net. The opinions expressed are those of the author and not necessarily those of Federal Union or of the Yes campaign.