Radek Sikorski: What we need is not less federalism but more

Home/Federalism, Quotebank/Radek Sikorski: What we need is not less federalism but more

Radek Sikorski: What we need is not less federalism but more 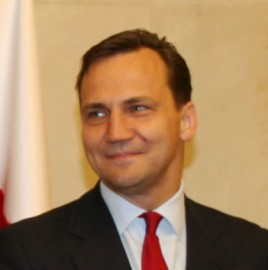 “We want to make the EU work better. So here is the word I want us all to concentrate on: federalism.

Now, when I say the word federalism, I don’t have in mind the steady tugging of the ratchet towards the European superstate. I don’t want to see any more ancient traditions swept away – the right of every freeborn Englishman to eat Cadbury’s chocolate and call it chocolate. Federalism in my country means sharing power, and delimiting precisely what is done at the local level, what is done at the national level, and what is delegated to the federal authority. The German foreign minister Joschka Fischer started his political career beating up a policeman, and I started mine walking minefields with anti-communist rebels in Afghanistan. But I believe that he is right in his proposals for Europe. What we need is not less federalism but more.

In the proposals he made last year, greeted with a chorus of howls in Britain, Fischer at last spoke of the nation-state as the building-block of Europe, of the nation-state as something that is here to stay for ever. It was a tacit admission that the earlier plan to supplant the historic nations of Europe with a Europe of regions was a dangerous fantasy. A Europe based on its nations is a move in the right direction. What we now need to build is a European democracy so that our peoples feel they have influence over the gnomes of Brussels. We need stronger democratic institutions, a stronger European Parliament, to scrutinise the European Commission. I believe that your Prime Minister, Tony Blair, was right to propose a second chamber, where the nations of Europe would be equally represented so as to preempt the diktat of the strong. Maybe there are other ideas, but no news has yet reached Warsaw of any constructive proposal from British Conservatives.

Joschka Fisher also proposed that we begin to think more carefully not just about the seasonal EU wheeling and dealing, but about what final constitutional arrangements we want for Europe so that our liberties, our right to run our own affairs and our democracy, are safeguarded. This is our opportunity to set the constitutional delineation of the limits of European integration. One reason why people are uneasy with the process is that they have a sense that it will never end, that integration will keep going until we are all identikit Europeans speaking franglais and wearing berets. But, properly understood, federalism allows us to believe that our ancient nations will take the lead and will never be dissolved in a superstate called Europe. And we should not pass up this opportunity just because some people misunderstand the word federalism or have lost the capacity to think creatively on a continental scale.”