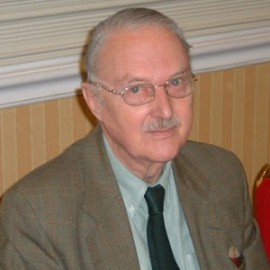 John Pinder argues that the draft European Constitution will make the EU clearly more effective and democratic and the people of the Union will become citizens in the full political sense of the word.

Representative government, together with the rule of law, is a basic political right of citizens in modern democracies. Yet though the EU is responsible for a substantial share of the laws under which they live and spends some at least of the taxes they pay, and the citizens of member states have been designated citizens of the Union, it has not been usual, notably in Britain, to ask how far the Union respects this basic political right. The EC/EU has nevertheless, since its foundation in 1952, moved by steps towards applying it; and perhaps the most important feature of the Convention’s Draft Constitution is that it provides for what may be seen as further decisive steps.

Article I-45 affirms that “the working of the Union shall be founded on the principle of representative democracy” and the Draft does indeed go far towards enactment of legislation and control of the executive by the citizens’ directly elected representatives. Enactment of legislation, including the expenditure side of the budget, by both the European Parliament and the Council is to be the general rule (save, typically, for certain specific exceptions), thus doing much to complete the legislative role of the citizens’ representatives, alongside that of the representatives of the states, as is normal in a federal political system.

The Council’s legislative role is to be separated from that regarding foreign policy, with the Foreign Affairs Council chaired by the Union’s Foreign Minister. Qualified majority voting on legislation in the General Affairs and Legislative Council is to be the general rule, though again with certain exceptions; and the Byzantine process of weighting the states’ votes, so hard for citizens to understand and so ill-suited to respond to the challenges of enlargement, is replaced by a majority of at least half the member states representing at least three fifths of the Union’s population. Thus the Council, in this legislative function, becomes more like a House of the States, acting in ways that citizens can understand – though it seems uncertain whether it will be as open as a democratic legislative chamber should be.

The peculiar arrangement whereby there is to be a Commissioner from each state but only fifteen of them having the right to vote, with the others taking their turn by a system of rotation, has attracted much attention. But the method of appointment of the President and of the other Commissioners is a great deal more relevant to the principle of responsibility of the executive to the citizens’ representatives. The Draft states both that “the Commission shall be responsible to the European Parliament” and that the Parliament “shall elect the President of the Commission”. The role of the President in the formation of the Commission has also been enhanced, with the right to select the voting Commissioners without any formal constraint, thus becoming more like that of a Prime Minister forming a cabinet; and the role of the Parliament is correspondingly enhanced through its right to approve (or not) the Commission as a whole.

In sum, apart from the sphere of foreign policy and defence, the Draft goes far to apply the principles of representative government; and with the same exceptions, the rule of law, already strong in the fields of Community competence, is in some ways further strengthened. But despite the continued growth of the Union’s responsibilities in the CFSP, and although the Draft gives the European Council the power to decide to move to “a common defence”, the system remains in this area predominantly intergovernmental, with unanimity the general rule and a minimal role for the Parliament. The dissension over the Iraq war has prompted the question whether, without a continued process of institutional reform in that sphere too, such intense divergence among the states could inflict irremediable damage on the Union as a whole. My expectation is, however, that the improvements to the Community system that the Draft has proposed will, if adopted by the states, be so clearly more effective and democratic that it will come to prevail in the Union’s foreign policy as well; and the people of the Union will become citizens in the full political sense of the word.

This article was written by John Pinder, Chairman of the Federal Trust. He is the author of numerous books, including “The Building of the European Union” and, most recently, “The European Union: a Very Short Introduction”. The views expressed in this article are those of the author and not necessarily those of Federal Union.