Steps towards federalism in the UK

Home/UK/Steps towards federalism in the UK

Steps towards federalism in the UK 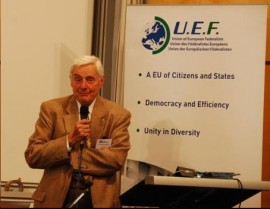 The election of a Labour government in 1997 signalled the start of major constitutional reform. Until then the United Kingdom had operated one of Europe’s most centralised systems of government. The constitutional changes proposed in the Labour party manifesto ranged from the incorporation into domestic law of the European Convention of Human Rights to the adoption of referendums to approve the various constitutional changes. It included the abolition of the hereditary element in the composition of the unelected second parliamentary chamber, the House of Lords, and the introduction of proportional representation in place of the traditional ‘first past of the post’ system of voting in European elections and in the newly created devolved levels of government.

The purpose of this article is to concentrate on the measures which aim to devolve power from the centre and put the United Kingdom on the road towards a federal structure of government.

Although not a unitary state, like France for instance, the UK had operated a unitary system of government over a union composed of several nations who became part of it on different terms and at different times. Furthermore, the union is highly asymmetrical with 48 million living in England, 5 million in Scotland, 3 million in Wales and 1.5 million in the northern part of Ireland. Past pressure for devolution from the centre has varied: strongest in Scotland and Northern Ireland, less so in Wales and minimally in the English regions.

In its first year of office the Labour government took five separate initiatives towards devolution, each with a different dynamic but all aimed at transforming the UK into a multi-national and multi-regional state. These have dealt with devolution to Scotland, Wales, Northern Ireland, the English regions and London government. To take account of the varying circumstances there has been no uniformity in the system of devolution applied in each part of the country.

Scotland united with England voluntarily some 400 years ago under a single monarch, James the First. Whilst government was centralised in London, the Scottish judicial and educational systems remained distinct from those operated in the rest of the union. By a substantial majority, in a referendum held in 1997, proposals for a Scottish parliament and government were approved. Considerable powers had been devolved and the parliament can now legislate extensively. Powers reserved to the UK government include constitutional changes, foreign policy, defence and security, immigration and nationality, macro-economic policies and social security. Furthermore, Scotland’s tax raising powers are limited to a small variation in the level of income tax. The Scottish parliament is elected from regional lists and is based on proportionality. Thus the first Scottish government had to be formed by an alliance between Labour and Liberal Democrats, as no single party gained an overall majority.

Wales was conquered by the English and incorporated into the Union in the middle ages. They had no history as a separate integrated political unit and, therefore, demand for devolution has been much weaker than in Scotland. Indeed proposals for a Welsh assembly were defeated in a referendum in 1979 by a 4 to 1 majority The referendum held in 1997 approved the proposed devolution by the slimmest majority of 50.6% on a turnout of just over half of the electorate. The Government of Wales Act of 1998 created a national assembly with 40 constituency members elected by ‘first past the post and 20 additional members by proportional representation. It has limited executive powers confined to secondary legislation, with powers to enact primary legislation remaining with the UK government and parliament. The first election resulted in a minority Labour administration which is trying to establish its raison d’etre amongst an often indifferent Welsh population.

The turbulent Irish history has had quite distinct motivations for the devolution of power in that part of the UK. Ireland was first conquered by the Normans in the 12th century. The Scots invaded it in the 14th century. The English conquered it in the 16th century at the time of the reformation and establishment of the protestant church in England. After the catholic Stuart monarchy was briefly re-established, during the reign of James the Second war broke out in Ireland between James’s forces and those of his successor, the protestant William of Orange. The latter defeated James in Northern Ireland and occupied the rest of the island. The 19th century was dominated by parliamentary debates on devolution of power under a system of home rule for Ireland. The failure of the British to grant it led to a nationalist struggle for complete separation. Independence was finally granted in 1922 but this excluded six northern counties with protestant majorities who threatened civil war if they were separated from the UK.

Thus Northern Ireland emerged with its own government and assembly in which the protestants enjoyed permanent dominance over a catholic minority whose rights were unprotected and who were severely discriminated against and disadvantaged. Frequent violent conflicts exploded leading to suspensions of the devolved institutions and their powers. The last suspension occurred nearly 30 years ago. It ended with the power-sharing British-Irish “Good Friday” agreement in 1998. This brought about fundamental changes to accommodate both communities. The Northern Ireland assembly is elected in six-member constituencies by the fully proportional single transferable voting system. All sections of the community are represented in the assembly, in its committees and in the executive. The governing executive must contain representatives of the minority community and key decisions are taken on a cross-community basis by qualified majority voting. Its powers are similar to those devolved to the Scottish parliament, but exclude the right to raise or vary taxation.

In its 1997 election manifesto the Labour party proposed to establish indirectly elected regional chambers consisting of local authority representatives. Subject to demand and by regional referendums, these could move to directly elected regional assemblies. Alongside these proposals a Regional Policy Commission was to be established which would create regional development agencies that would be directly accountable to the regional chambers. As demand for devolved and elected regional government varies widely across England, imposing a uniform system at the same time for all was judged to be wrong. The legislation introduced has concentrated on the regional development agencies, leaving the directly elected regional assemblies until later, when demand for them manifests itself. The agencies have limited budgets and limited powers, but it is likely that the greater authority and democratic legitimacy given to Scotland, Wales and London government will lead to growing demand for devolved and elected government in the English regions, especially in the north of England.

The Conservative government of Mrs Thatcher abolished the Greater London Council in 1986, depriving the capital of 8 million inhabitants of an elected government for London as a whole. Coordination of policies for London was transferred to joint committees of the lower tier of 32 London Borough Councils and to the central government. Following a referendum a new Greater London Authority has been established under the leadership of a directly elected mayor and an elected regional assembly. The mayor exercises all the executive powers of the new authority but is accountable to the 25 members of the assembly of whom 14 have been elected by area and the rest as additional members to ensure proportionality. The mayor’s powers include the appointment of a London Development Agency, on the lines of the English regional development agencies, running a new transport authority and controlling the Metropolitan police force. In other spheres the mayor’s powers are limited, but his influence is considerable as the spokesman for the whole of London. The authority does not however have any tax raising powers.

Other reforms under consideration have implications for devolution. For instance the House of Lords, which has had its hereditary element abolished, is due for further reform. Recommendations have been made for part of its membership to be directly elected from the UK’s regions. Local government is also subject to reform which could lead to greater autonomy and less dependence on central government resources and control than in the past 25 years.

The lack of uniformity in the reforms for devolution are due to historical differences. The system that is emerging is a quasi-federalist one, within which powers of the devolved levels of government are likely to increase over time. The newly empowered parts of the UK will surely call for greater autonomy and increased powers, once conflicts develop between central government and the devolved authorities. Demand for regional government in England is also likely to grow as their citizens look enviously at the growing autonomy and self-government in Scotland, Wales and London. The process of reform will, however, take many years, as it has in France and Spain, but its movement towards a more federal system of government is unlikely to be reversed.

This article was contributed by Ernest Wistrich, a member of the Executive Commitee of Federal Union and Director of the European Movement at the time of the 1975 referendum. He may be contacted at [email protected]. The opinions expressed are those of the author and not necessarily those of Federal Union. Last updated 01/03/01.