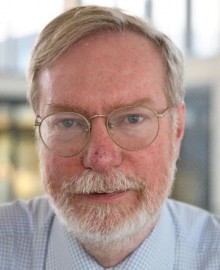 Now that I have finished reading Paul Collier’s excellent book on poverty, “The Bottom Billion”, I can write down my thoughts about it. The central theme of the book is about how to stimulate the economic development of the world’s poorest countries, and so is out of the scope of this website (although anyone interested in federalism will surely be interested in poverty reduction, too), but there are some aspects of the book that merit being commented on here. (I have mentioned the cross-border implications of civil war and economic policy in a previous blog entry, which you can read here.)

One of the concerns of the book is that poor countries are blighted by bad governance that in turn deters international investors. A very large proportion of even the private wealth of people who live in those countries is held abroad, because of the dearth of investment opportunities domestically. What happens when reform starts? How can a new government convince the world, and its own people, that it is serious? This is a problem that reformers face.

One solution is to overcompensate. The need to appear tough requires more actual toughness than would otherwise be sensible. Sometimes reform programmes run into trouble precisely because they are too tough.

A better solution is to establish international norms to which reformers can adhere. That way, governments are assisted in making it clear what their intentions are. The international norms themselves have to include mechanisms to make it harder for national governments to drop out again afterwards. Paul Collier explains all this very clearly, although he tries to insist that it is consistent with the preservation of national sovereignty. That is a pity, because plainly it’s not. Ultimately it is open to any country to withdraw from these international norms, but were this to happen, these norms have failed. The aim should be to limit national sovereignty, not enthrone it. Let’s not apologise for that.

This blog has remarked before on the problems caused by ambiguity rather than clarity within international relations. Economic reform is another example.

Another interesting point that Paul Collier raises is the particular problem faced by landlocked countries with bad neighbours. To enter the global marketplace, they are dependent on transport links that are out of their direct control. He notes that it was probably a mistake for economically unviable units to have achieved independence on their own, but it is too late now: the deed is done. For federalists, this is a matter of subsidiarity. The whole point of transport links is to connect together different territories. They are therefore of interest to places at each end as well as to the places through which they go. A world of sovereign states cannot cope with this reality.

W B Curry, in a memorable passage in “The case for federal union”, wrote this (he was writing in 1939 at the time of the dispute between Germany and Poland over Danzig and the so-called “Polish corridor”):

“Do Northumberland and Durham squabble about who shall control the mouth of the Tyne? Does Wiltshire want a corridor through Hampshire to Southampton in order to have free access to the sea? Do we hear of the sad fate of such inland States as Illinois, Kentucky, and Kansas, depending as they must for access to the sea upon routes assign through other States? How is it possible that Connecticut and New Jersey tolerate the fact that New York dominates the mouth of the Hudson? Surely the States of Missouri, Tennessee, and Mississippi find it altogether intolerable that Louisiana should control the delta of their great river? All these are situations that would give rise to “tension” (diplomatic language for intention to provoke a quarrel) if the areas concerned were sovereign States. When they are not sovereign States, and do not therefore menace each other, either immediately or potentially, the problem simply does not arise.”

We are better off if borders matter less.

It was the question of humanitarian intervention that attracted most attention when the book was first published. Paul Collier recognises that the case for such interventions is much reduced as a result of the experience of Iraq, but nevertheless he sees a role for them. The cost of a civil war is so great that a targeted military action to stifle such a war and restore order might very well be worth it. Again, there is the problem of ambiguity: how to prove that an intervention is truly humanitarian and not simply a grab for resources? He sees a role here for the African Union and the European Union in respectively endorsing and carrying out such operations. The necessity of regional integration is more and more clear as a result of reading this book.

Paul Collier’s view is very practical. He addresses the arguments for world government very simply, by noting that the problems of the world’s poorest countries are much too urgent: they cannot wait for the construction of new global institutions and so have to be dealt with by the ones we’ve already got. The European Union is a potential vehicle for enunciating and exporting the international norms that I referred to earlier; the Commonwealth, and notably India, is another.

He draws a very interesting contrast between two different aspects of democracy: electoral competition; and the checks and balances provided by civil society. Too often, democracy is mistaken for the former alone. That way, one finds, lies corruption and economic stagnation, and a malfunctioning society. If Iraq is a democracy, it is in that sense. The checks and balances, on the other hand, compel governments to be open and accountable, and enable power to be dispersed rather than concentrated. Federalists will recognise the sense in this.

Lastly, this is not merely a work of explanation but also a work of advocacy. The political and economic issues he describes are real and current and serious. In dealing with them, Paul Collier remarks that:

“Although the reformers have truth on their side, truth is just another special interest, and not a particularly powerful one.”

It is not enough to be right, it is also necessary to be successful. Being ready to rethink national sovereignty is fundamental to that success.