The delusion of national elections

The delusion of national elections 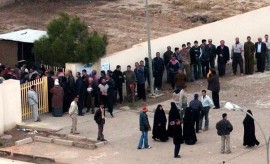 The fallout from last week’s referendum defeat for the Alternative Vote continues to settle, with comments from prominent Yes campaigners such as Jessica Asato and Peter Facey, as well as reports from the Dark Side (Tim Montgomerie and Dylan Sharpe), but aside from evaluating the professional and political decisions of the campaign teams, there is the question of why it was fought in the first place.  Should it even have been fought at all?

There is more to politics than national decision-making.  Empirically, national states are clearly the most important political entities and naturally they matter most, but it is wrong to suppose that any other kind of politics does not matter at all.  Sometimes political objectives can be achieved through something other than national political action.

For example, who now believes that the definition of a democracy resides purely in whether or not a state conducts national elections?  This was the delusion that led the American neo-cons into invading Iraq, imagining that the disparate group of peoples residing within the borders of the country could build a functioning democratic political system on the same model as Iowa or Illinois.  Instead, there was slaughter.  There is more to being a democracy than simply conducting elections.  They are necessary but not sufficient.

The Turkish army has learned this too.  Each intervention in the 1960s and 1970s to remove from power a set of corrupt politicians was simply followed by the appearance of another corrupt group.  It took a more far-reaching reform of the political system and public life to produce the modern Turkish democracy.  National elections and a rapid return to barracks were not sufficient.

In this context, it is odd that the Liberal Democrats who, as a party are generally rather sympathetic to the idea that politics outside Westminster matters too, rushed for a national referendum on electoral reform.  Of the four reasons set out previously on this blog why this was not a good moment to hold a referendum on AV, only one of them (the failure of Labour to adhere to its own manifesto commitment) was not apparent or could not have been reasonably foreseen when negotiating the coalition agreement; the other three – the unpopularity of the Liberal Democrats, the negation of the very idea of a new politics in producing a referendum on AV from a secret negotiation, and the 2010 general election result itself (arguably the fairest result in 35 years) – were or should have been apparent.  Despite the unfavourable circumstances, the Liberal Democrats opted for a national vote.

While it is true that an electoral system is not merely a product of a political culture but is also a substantial factor in shaping that political culture, and the adoption of a preferential voting system such as AV would have rewarded political parties that changed their behaviour so as to cooperate more explicitly before, rather than after, elections, there are other ways of introducing this reform.  Until the general election in 2010, the Electoral Reform Society, the leading pressure group dedicated to changing the voting system, was pursuing rather successfully a strategy of pressing for change in local elections first.  Adopting the communications philosophy of “show, don’t tell”, the task of educating the public how a different electoral system could work better would be conducting through a few rounds of local elections before being translated to the national level.  As it was, years of practical learning had to be replaced by a few leaflets and a video starring Dan Snow.

The result of the referendum was a crushing defeat, not only for AV but very likely for electoral reform in general for a long time to come.  It may well suppress the public appetite for future constitutional reform in general, fear of which was one of Federal Union’s reasons for backing a Yes vote.

Success in politics comes from seeing opportunities that others do not and seizing them while time allows, but there is a distinction between boldness and being rash.  (David Cameron’s own bid for the Tory leadership and his “big, open and comprehensive offer” to the Liberal Democrats to form a coalition are examples of the former, his war in Libya may well turn out to be the latter.)

The Liberal Democrats, by placing too much of an emphasis on the national political system and not enough on other aspects of British democracy, have lost an opportunity to improve the way in which the country is governed.  Worse, the First Past The Post system can no longer be said to have been merely traditional and an inheritance from the past and never properly examined for its modern relevance, it has been confirmed in use by 69 per cent of the voters who turned out.  The campaign was not fought well but probably should not have been fought in the first place.