The EU and the death penalty

Home/Blog/The EU and the death penalty

The EU and the death penalty 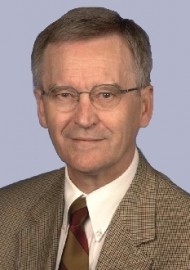 At the time when the Lisbon treaty was undergoing ratification, there was a rather odd eurosceptic complaint in Germany that the Lisbon treaty, by giving legal force to the Charter of Fundamental Rights, was not abolishing the death penalty but in fact bringing it back.  (This is contrary to the understanding in the UK, and is a good illustration of the Tolstoy principle that each eurosceptic has his or her own reasons for opposing the EU, while all pro-Europeans are expected to agree on everything.)

The argument was that, while Article 2(2) of the Charter of Fundamental Rights, given legal force by the Treaty of Lisbon, states that:

“No one shall be condemned to the death penalty, or executed.”

The explanatory notes published by the Praesidium of the European Convention to serve as an aid to interpretation of the Charter (although not law in their own right), note that Article 2 of protocol 6 of the ECHR, (which “must be regarded as also forming part of the Charter”) allows that:

“A State may make provision in its law for the death penalty in respect of acts committed in time of war or of imminent threat of war; such penalty shall be applied only in the instances laid down in the law and in accordance with its provisions…”

So this becomes grounds for claims that the EU intends to execute its critics, under headlines such as “Lisbon Treaty: Disagree, and You’re Dead”.  Never mind that every member state of the EU has signed ECHR protocol 13, which prohibits the use of the death penalty in all circumstances, including those still allowed for in protocol 6.  Why let the truth get in the way of euroscepticism?