The Galileo project helps us navigate through the EU

Home/Blog/The Galileo project helps us navigate through the EU

The Galileo project helps us navigate through the EU 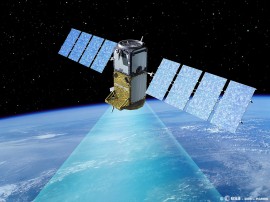 A report published yesterday by the House of Commons Transport Committee on “Galileo: Recent Developments” has been widely reported because of its criticisms of the project’s cost-effectiveness. (You can find the report here.) The idea is that there should be a European satellite navigation system, offering readings much more accurately than the existing American GPS system, which should also be available to all users and never obstructed for military purposes.

The House of Commons report was initiated because of the withdrawal from the EU scheme of the proposed private partner, and the resulting examination of the costs and the cost control. This blog is not the place to discuss those ideas in detail but rather to look at some of the procedural points that the committee examines.

First of all, let’s be clear that the involvement of a national parliament in the discussion of a European project is a good thing. Even if they are critical – in fact, especially if they are critical – national MPs need to engage more in the debate in Europe. The so-called “yellow card” system in the Reform Treaty will assist this process, but what we have here would not be affected by that new system. The yellow card system relates to legislative proposals, to which national parliaments will be entitled to object on grounds of subsidiarity and proportionality. What is at stake here is the management of a major spending project and the allocation of money to pay for that project, where the grounds for concern are those of competence and transparency.

The involvement of the national parliament therefore rests more on the ability and willingness of that parliament to hold to account the actions of its own national ministers, rather than the European Commission as such. That is quite an important point, to which I shall return.

Secondly, the heart of the problem is the way in which money is spent within the EU. The overall EU Financial Perspective is agreed for a 7 year period by unanimity in the European Council, and adjustments to that can be made either by unanimity in the same way as the original budget was drawn up, or by QMV in the Council as long as the changes are no greater than 0.03 per cent of EU GDP. (This is about 3 per cent of the overall EU budget, which is itself about 1 per cent of EU GDP, so small adjustments can be made at the margins but no more than that.)

The complaint of the House of Commons is that, rather than relying on a unanimous decision to change the Financial Perspective in a substantial way, the Commission might propose the repeated use of this modification procedure to bring about a substantial change in the budget using QMV instead. The report describes this as “a slippery slope that must be avoided at all costs.”

The next question is where the money should come from. If a particular budget area is to be increased, another area must be reduced by the same amount. The overall size of the EU budget is agreed by unanimity in the European Council (with one or two specialist exceptions that need not distract us here), so expenditure increase must be matched by cuts. The European Commission envisages that the extra funds needed for Galileo should be transferred from the budgets for agriculture and administration, where savings can be found. The House of Commons report opposes this.

The MPs instead propose that any extra money should come from cutting other technology programmes, so that the overall budget for EU technology is maintained. The alternative would mean adjusting the size of the individual spending areas in the budget as a whole, to which they are opposed because they think that the 7 year Financial Perspective should be untouched. This leads us to the unlikely position that the British parliament wants money spent to be spent on agricultural subsidies rather than research into cutting edge technologies, for the sake of the purity of the Brussels system. (The chair of the transport committee, Gwyneth Dunwoody MP, is a noted critic of the EU.) The irony of this position speaks for itself.

A further note of Euroscepticism lies in the suggestion that “any decision on the future of Galileo to be made unanimously by Heads of State and Government at a European Council. It is neither reasonable nor democratic for decisions of such magnitude and cost to be taken by QMV in individual Councils of Ministers.” The cost they are referring to is up to £10 billion over 25 years, or an average of £400 million a year. Of that, 17 per cent might be paid by the United Kingdom, namely £68 million a year, or slightly more than £1 per person. Is that really enough to trigger the demand for unanimous voting?

(The EU often deals in sums of money on this scale. The decisions over the sugar regime in November 2005 entailed an EU budgetary commitment of 6.5 billion euros over 4 years, which is 2.5 times the annual cost of Galileo.)

The reason I ask is that unanimous voting can become a very serious block on decision-making. Not only because unanimity is required on the issue under debate, but because the requirement for unanimity on one issue can be used as a means of blocking a decision on another issue which would normally be subject to QMV. The first issue is effectively used as a hostage in negotiations on the second: if you insist on getting your majority by voting on the second issue, we will stop you getting unanimity on the first one.

Not only is that a theoretical risk, it is an actual one. Paragraph 87 of the MPs’ report makes this very threat: “this matter is serious enough that the UK might have to make progress in negotiations in other EU policy areas contingent on a reasonable and well-informed decision-making process on the Galileo programme.”

Lest my comments on the financial scale of the project give the impression that I am somehow complacent about this, let me emphasise how important it is that EU spending is properly measured and controlled. A welcome aspect of this report is that it has come from a sectoral committee – transport – and not the generalist European scrutiny committee. That way, a transport development in Europe can be better compared with its equivalents at national level and a more rational and informed decision taken on whether it really represents value for money. The overall cost of Galileo is, in the House of Commons report, said to be about two-thirds of the cost of Crossrail.

One last observation relates to the overall notion of decision-making within the EU. The report notes: “We are deeply concerned that, with no one individual or body taking ultimate responsibility for a decision of this magnitude, a path of least resistance will simply be taken.” I agree. That is one of the biggest problems with the European Union, that it unclear who is in charge. The Reform Treaty will help with that a bit, and other proposals Federal Union has put forward would help even more.

One of the difficulties the case for a democratic Europe sometimes encounters is that it all seems rather remote and faceless. The issues come across as technical rather than lively, which tends to give the people who take an interest in them something of a bad name. But here it is, in black and white, what European decision-making is all about and what can sometimes go wrong.

I fear that the proposal in the report on how to improve decision-making is not necessarily the best one. It says:

“We believe it is essential that the UK Parliament is given the opportunity to debate developments in the Galileo programme once again before any decision is made on the project. British tax-payers will be paying around 17% of the cost of Galileo—hundreds of millions of pounds at the very least—and they have a right to expect that this expenditure will be adequately scrutinised by their elected representatives.”

Yes, of course, but the elected representatives they have in mind are those in Westminster and not Brussels. The implication of this is that any national parliament should be able to put a block on any spending programme if it does not like the progress it is making. With 27 national parliaments, that is a recipe for chaos. That is not to say that Westminster should not take an interest in the workings of the EU institutions – quite the opposite – but that there is no substitute for openness and clear lines of accountability in Brussels itself.