The Socialists should oppose the nomination of Barroso

Home/Latest News/The Socialists should oppose the nomination of Barroso

The Socialists should oppose the nomination of Barroso 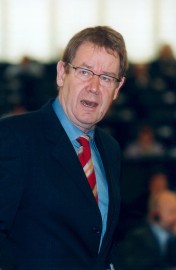 Commission president José Manuel Barroso’s campaign for re-election cleared its latest hurdle at the end of presidency European Council meeting earlier this month. Mr Barroso was unanimously, if provisionally, nominated by the assembled heads of state and government to serve a further five year term.

Unanimously? There were no other candidates. Mr Barroso has been modestly successful, if not outspoken or visionary, in the post and there was no other name being seriously mentioned.

Read the whole article at 090630euobserver