The wisdom of crowds

The wisdom of crowds 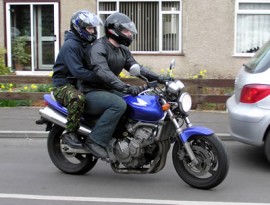 One of the intellectual fashions of the moment is crowd-sourcing, that is the idea that good ideas and useful information can come from the population as a whole rather than from nominated experts.

Its origin is a “guess the weight of the ox” competition in which the average of the guesses turned out to be more accurate than any of the individual guesses. Of course, there are limitations to this technique: I do not suppose that medieval philosophers and theologians would have had much success with crowd-sourcing the number of angels that can dance on the head of a pin, but nevertheless opening up discussions to general contribution can often have its advantages.

Its relevance to debates about the European Union actually goes a stage further. It has long been an objective for federalists that the EU be seen as another level of government and not merely as an instrument of foreign policy. Its decision-making methods should be those of democracy and not those of diplomacy; its information should correspondingly be public and not secret. In opening up the legislative procedures of the EU to scrutiny, the demand has been that this is how democratic decision-making should work. It also enables crowd-sourcing.

An illustration emerged this week of exactly the problems caused otherwise. An EU directive on motorbike safety requires certain parts of the driving test to be conducted at 50 km per hour. However, 50 km per hour is 31.2 miles per hour and any motorcyclist going at that speed on a 30 miles an hour road would be breaking the law. Having concluded that it would not be safe to have learner motorcyclists taking their tests on 40 miles an hour roads, the Driving Standards Agency was forced to build at great expense new test centres for motorbike tests with their own private roads on which emergency stops can be conducted at 50 km per hour.

The alternative would have been to have proposed an amendment to the directive that would have acknowledged the slightly lower speed limit on British roads compared with those elsewhere in Europe. The government consulted with various motorbike groups to see what they thought of the proposals in the legislation, but did not submit an amendment on this particular point. Why was this not picked up at the time? Because there was no crowd-sourcing.

When European legislation is going through its various stages in the institutional system, the European Parliament conducts its business in public but the Council of Ministers spends most of its time in private. The final debate and vote in the Council are held in public, but that is often all. Most of the discussion and all of the detail, including on whether or not to allow British motorbike driving tests to take place at 30 mph rather than 50 kph, takes place out of sight of the public: the documents are not for general circulation, and there is no right of access to the meetings. This is how diplomacy works, but not how democracy should work.

If, at the time, it had been clear that there was an opportunity for Britain to propose a suitable amendment, the relevant interest groups could have got involved and demanded one. As it was, the only people who knew were people who didn’t care. That is no way for democratic decision-making to proceed.

This website has reported before on a proposal to open up the legislative business of the Council of Ministers to proper public scrutiny. On more and more occasions, we find that bad policy results from bad ways of taking decisions. Holding the Council of Ministers to the normal democratic standards of openness and transparency is long overdue as a means of trying to put those bad policies right.