What is Scottish nationalism for?

Home/Blog, Quotebank/What is Scottish nationalism for?

What is Scottish nationalism for? 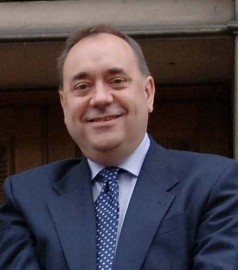 The publication last week of the Scottish government’s White Paper on independence, Scotland’s Future, an important question was settled.  What are the aims of an independent Scotland?  (Assuming, that is, that it gets that far).

Scottish nationalism started life as a republican, anti-militarist project: no to the monarchy, no to Nato, no even to the European Union.  But over time, it adapted itself to the desires of the Scottish people: an independent Scotland would keep the Queen and her royal family, it would remain in Nato (albeit a non-nuclear member) and, most notably of all, it would be a committed and enthusiastic EU member rather than the grudging attitude found south of the border.

The White Paper has taken this transformation a stage further.  Even more features of the current Anglo-Scottish union are to be retained: broadcasting (Scots love the BBC), and the currency (Scots don’t like the euro), are to remain shared.  So what will be different?

Scotland will defend the social democratic values of free health care and dignity for benefit claimants, values that are in retreat at the hands of the coalition government in London.  These values will be paid for by the exclusive claim on the UK’s North Sea oil reserves that the White Paper asserts.

Now, it might be said that some of these outcomes are not wholly within the control of an independent Scotland.  The BBC itself might have some say on whether and how it will offer the broadcasting rights to its programmes in a foreign country.  The division of the oil and other assets of the Anglo-Scottish union is surely a matter for negotiation between the two sides in the event of a Yes vote: the position outlined in the White Paper is the opening position of one of the two sides, not yet the final position agreed between the two of them.  And the remarkable prospect of creating a second currency union in Europe – between England and Scotland – deserves a blog post all of its own.

Does these rather high-flown hopes show that Scottish nationalism is, in the words of C J Sansom in the historical note that accompanies his rather fine novel of alternative history, Dominion,

the old myth that released national consciousness will somehow make all well.

Populist politicians like Alex Salmond ask people to turn their backs on the real social and economic questions and seek comfort in a romanticised and shared – often imagined – grievances.  National problems are always someone else’s fault.

the dead, empty heart of nationalism, always said to be unique in every country, always drearily similar.

Despite my gratuitous quotation of criticisms of Scottish nationalism above, I don’t share them.  Yes, the SNP arguments are based on some wishful thinking and some unreal assumptions, but no more than those from any other group of politicians.  It is part of the trade to make things up a little and to hope for the best.  It’s not pretty, but democracy seems to work best that way.  Perhaps it’s because voters cannot bear too much reality.

For example, here is a graph (from Fraser Nelson) showing how George Osborne has failed to meet his own projections for public sector net borrowing since he came into office in May 2010.

So, Alex Salmond is up to no tricks that his opponents have not already mastered.  An independent Scotland will be no better and no worse than the rest of the UK in that regard.  Between now and polling day on 18 September 2014, Mr Salmond has the opportunity to explain whether his social democratic vision of Scotland can be achieved by means beyond those that are dependent on remaining dependant on England.

We know now what Scottish nationalism is for, but can the same be said of Scottish independence?