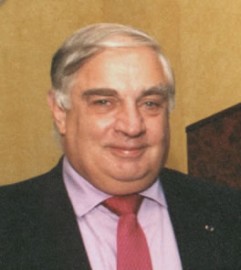 One of the criticisms often thrown at the idea of a united Europe is not only that it would inevitably be undemocratic, but that it is intended to be undemocratic. This criticism makes two assumptions.

The first assumption is that democracy can only exist within the confines of a state as we know it today: in a sense, human history has therefore come to a complete stop.

The second assumption is that everyone arguing for a united Europe does so for the same reasons.  If anyone, anywhere, ever, suggested that there was an undemocratic motive, or indeed any other motive, for European unity, then that must be the reason why every pro-European thinks the way they do.

The counter-argument to that first assumption is found throughout this website: demonstrations of how supranational democracy can and does work, and examples of the limitations of democracy at the national level.  This is not to argue that national democracy should be abolished, only that it should address national issues.

As part of the counter-argument to the second assumption, let me refer you to a recent speech by Peter Sutherland, president of the Federal Trust and former European Commissioner.  Here he outlines a Christian motivation behind the idea of Europe: 100519 Speech-Newman-Lecture.  Of course, this is not the only motivation for European unity, but it is nevertheless an important one to study.