Will Iceland join the EU?

Will Iceland join the EU? 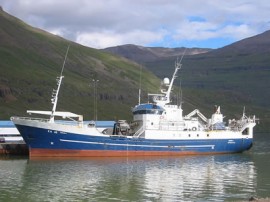 The latest general election has seen the pro-European Social Democrat party come to power. Many years of rule by the Independence party are now over.

During that time, Iceland was one of the biggest participants in global capitalism, with a large and expanding banking industry, an acquisitive approach to the retail sector (particularly on the British high street), not to mention Sportacus and the LazyTown television empire. At its peak, Icelandic overseas assets were worth 800 per cent of GDP, which turned out to be a very vulnerable position.

Having been one of the biggest participants in global capitalism, Iceland has become one of its biggest victims. The currency has crashed, many people have lost their life savings, and the former Icelandic national strategy needs to be rethought.

The result of the general election is a part of that process. The new government intends to apply for membership of the EU, in search of a better way of securing Iceland’s place in the world. Iceland is already a member of the European Economic Area, which means that it is part of the single market without any voice in the single market rules. A country of only 300,000 people, less than 0.1 per cent of the EU population, might easily take the view that its voice would rarely be decisive (this is not a consideration available to a country of 60 million people). The EEA does not extend to agriculture and fishing, the latter of which is the second most important industry in Iceland now, so Iceland can retain its own decision-making over fishing while in the EEA but not in the EU.

This highlights the dilemma faced by Iceland now. To join the EU, and gain the protection of the world’s largest trading block in the increasingly competitive and uncertain global economy, means joining the fishing policy as well as the economic policy. Is that an outcome that the Icelanders can accept? The argument is not all one way.

A crucial part of the solution to this dilemma might be the fact that the EU is reviewing its own fishing policy itself. There is a need to enforce the rules better, which will reduce the rate at which stocks are depleted, and also to find ways of giving people working in the fishing industry a longer-term interest in the health of the fish stocks; the present quota system is applied only year by year so it is not surprising if there is opposition to short-term cuts for ecological reasons.

One of the models which the EU is studying closely is in fact that of Iceland. To make it easier for Iceland to join is yet another reason for revising the terms of the Common Fisheries Policy. By learning from each other’s successes and mistakes, Iceland and the EU can come closer together for the benefit of both.