With reform, Europe can be a force for good

Home/Blog/With reform, Europe can be a force for good

With reform, Europe can be a force for good 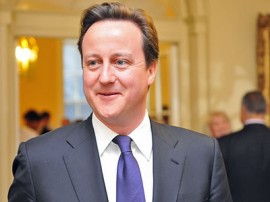 Let’s ban the word “reform”. Who knows what it means? Who could ever be against it?

It is like one of those irregular verbs that Craig Brown invents:

Let’s give it up.

He is writing about his Movement for European Reform. It is possible that none of those three words with a capital letter actually belongs in his project, not merely the R word. He is working with the Czech governing party the ODS to debate how Europe should be in an age of globalisation: his three principles for this are open markets, a Europe of nation states and a strong Atlantic relationship. Of those three, markets are becoming more open thanks to the EU, but the other two are in decline. A strange kind of reform that tries to bring them back.

He objects to “the EU’s obsession with creating a new Constitution for itself”. He goes on: “When the French and Dutch people rejected it, the EU responded by calling the voters ‘wrong’, and reviving the idea.”

In this context, what does he mean by “the EU”? The Commission has dropped any promotion of the constitution, supporting instead Margot Wallström’s Plan D project of debate and dialogue. The presidency of Angela Merkel has to find a consensus among the member states rather than imposing its own ideas, so naturally it has to discuss the constitution.

And of the member states, 18 of them have ratified the constitutional treaty. Are the governments of those countries to call their national parliaments “wrong”? In the four countries where there have been referendums, there have been more Yes voters than No voters (26.7 million to 22.7 million). Does David Cameron expect the Spanish government to declare its voters, 77 per cent of whom voted Yes, “wrong”?

On the plus side, David Cameron also complains that the EU is “debating the future of 500 million people behind closed doors. This has to stop.” Good. We agree at last.

So here’s a request. If David Cameron means what he says about closed doors, let him commit the Conservative party to a completely open Council of Ministers, should he ever get to sending ministers to it. The current openness provisions are inadequate – read about them here. If David Cameron cannot back the simple and straightforward suggestion that the Council should be as open as the European Parliament, then nothing else he says about openness in the EU should be taken seriously at all.

¤ ¤ ¤
A linguistic point. In the food industry, something that is reformed (emphasis on the first syllable) is made up of scraps that nobody wanted which are put back together to look like the real thing but which aren’t quite as nice. Maybe that’s the kind of reform that David Cameron has in mind.