Wrong on so many levels

Home/Blog/Wrong on so many levels

Wrong on so many levels 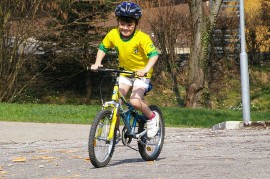 Who says this website is narrow-minded? We leap from the crisis afflicting western capitalism to the question of how a young girl travels to school: federalism has something to say about them both.

On the latter, the story in the Evening Standard today is that the father of a girl with a school place three miles away from home has been told that she might get a bike and ride there.  Three miles is a decent ride for anyone, but I would have thought it is probably too much for a four year old.  What makes the story interesting to this blog is that those comments came from the local MP.

One of the notions behind federalism is that of multi-level governance, in which institutions of governments exist at different levels to do different jobs, each concentrating on what it does best.  We would expect the national government to deal with big questions of macroeconomics and law and order, while smaller issues such as municipal transport would be left to the local council.  This is what is meant by subsidiarity.

(Note that the word “smaller” applies to the geographical area and, probably, the budget, but not necessarily to its impact on quality of life.)

The allocation of school places is exactly the kind of thing that local councils should be responsible for, in which case why is an MP getting involved?  His answer would be, of course, that one of his constituents asked him about it and he needs all the votes he can get.  Naturally, he is going to try and help.  And, if we wonder why MPs are so busy, here is why.

Ever the realist, though, this blog accepts that the idea is easier said than done.  MPs will be supercharged social workers for a while longer.