A bit of good

A bit of good 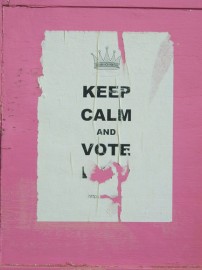 Local elections yesterday. I spent a few hours knocking up, that is going to visit supporters of the party in their homes to remind them to go out to vote. A few extra votes could make all the difference in a close contest. (My colleagues at work are convinced that this activity ought to have a different name.)

At one address, I found that the inhabitant was Italian. He didn’t know that he would have been allowed to vote. EU citizens can vote in local and European elections, if they are on the register. He wasn’t, so he couldn’t. The denial of the right to vote in national elections sticks out in the Maastricht treaty, which was when the local and European franchise was extended with the first notion of European citizenship. (We wrote about this issue in the background papers for a conference on citizenship: you can read the papers here citizensineurope.)

So, I explained to our new friend the rules about who can vote for the local council. If he still lives round here in four years time, maybe he will be able to vote then.

And the election? Well, the candidates on whose behalf I was campaigning came hundreds of votes short. But at least one local resident is a bit better informed about the democratic rights he has, thanks to being a European citizen.