A briefing from Number 10

A briefing from Number 10 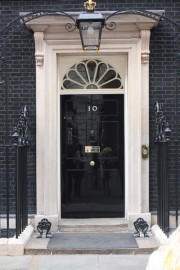 A report in the Evening Standard today on the precarious state of the coalition government, faced with health reforms, the AV referendum and much else.  The National Health Service, in particular, is a problem: the government has embarked on a far-reaching upheaval of the way it works without realising what it was doing.  The secretary of state was allowed to pursue his pet project without the prime minister really knowing what was going on.

What catches my eye is the briefing from Number 10 on the subject:

“In No 10, two tasks predominate. First, there is a determination not to repeat the health debacle. That means, I am told, a much tighter grip by Downing Street on departments and an end to the loose-knit “federalism” of the Coalition’s first phase.”

Nice to see federalism pictured as something decentralising and dispersing power.  Let’s hope the government can bring the same understanding to the Foreign Office when thinking about Europe.