A candidate for president

A candidate for president 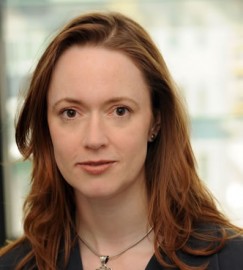 Heather Grabbe, who would prefer it if Martin Schulz did not run

Martin Schulz, an MEP from Germany, has been nominated by the socialists as their candidate for president of the European Commission. The European Parliament will hold its next elections in May next year, and socialist candidates will tell their prospective voters who and how they hope the Commission will be led for the next five years. Given that one of the first decisions the MEPs elected next May will have to take is how to vote on the nomination of Commission president, this is quite a major – and obvious – step.

The idea of strengthening the link between the European elections and the choice of Commission president has been around for a long time. The Commission originally served four year terms, not five like the EP, but this was changed in the Maastricht treaty and the two institutions had their terms of office brought into line. That change made a stronger link possible, but not inevitable.

There has been a lot of debate in recent months about whether the political parties would nominate candidates for president. This website has not covered that debate in any depth because we wrote about it extensively last time, in 2009. Read those articles here.

The nomination of Martin Schulz goes a notable step further than the socialists were willing five years ago, so that is very much to be welcomed. But not everyone agrees.

Heather Grabbe, who heads the Open Society European Policy Institute in Brussels and who normally writes very wise things, is one of those disagreers. A piece in the FT argues that a politically nominated Commission president would make for a more partisan Commission, not a good look for an institution that is meant to be uniting rather than dividing Europe. Better, she says, for pro-Europeans to unite in taking on the antis, rather than fighting among themselves.

These arguments are not completely wrong, but but they are much more wrong than right. As Andrew Duff and Julian Priestley point out, the choice of Commission president is unavoidably political – it is not the European elections that make it so – and if we think there is democratic deficit in the EU, how better to fix it than democracy.

When the EU was first set up, one might imagine that leaving the choice of the leadership to the voters might have provoked, among the losers, the sense that the EU itself was at fault rather than that individual decision. But the EU is surely not so fragile, now. It is unpopular in many quarters, yes, but for much more serious and profound reasons than the national origin of the Commission president. And fixing those reasons means giving voters the choice.

For to characterise the debate as simply pro versus anti is to repeat the mistakes that have already been made for so long. The call for political parties to engage properly with the voters on the issue of Europe has been made again and again and largely neglected each time. Why does Heather Grabbe imagine that 2014 will be different from 2009 or 2004 or any time before that if the most important bit of the system remains unchanged?

Europe is in a deeper mess than can be fixed by the Commission as currently understood. Political change is needed and political change means, I’m afraid, politics.