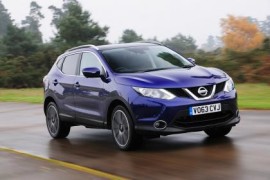 There’s been a lot of reporting lately on what deal the government might have offered Nissan. The Japanese car manufacturer (part-owned by Renault) has a major manufacturing plant at Sunderland which exports a large proportion of its output to the EU27. What happens to that factory if Britain leaves the EU?

To be outside the single market creates the risk that the rules about cars will start to diverge and make it harder to export to the EU. (Read an explanation here.) Nissan is also a major importer, too, of components for its finished cars: importing them could also become more difficult.

There is not only the single market at stake but also the customs union. To be outside the same customs union as the EU27 would add delay and uncertainty (meaning costs) into the Nissan supply chain. And supply chains are increasingly important in the globalised world (read about them here and here).

It would be a serious blow if a major international company like Nissan were to start to withdraw from the UK. The Leave economic case rested on that not happening. If the reasons for leaving the EU started to evaporate before notice to leave was even given, where would that leave the credibility of the government?

So even more than economics, this is about politics.

And what has been offered? No-one will tell us. The government tells reporters today:

So we will have to try and guess. It would be hard for the government to have promised anything regarding the single market or the customs union as it’s not in the government’s gift. There’s a negotiation, remember, and the others could still say no.

More likely, the government has said something about tone and objectives and made concessions on Nissan-specific concerns in other areas. To be fair, that’s one of the things that government ought to be doing, but doing so openly and publicly. It’s not the concern that’s wrong, but the secrecy.

But let’s get used to this. This is the future outside the EU. British economic relations with Europe will be determined not by the open and elected European Parliament, nor by ministers in the Council held accountable to their respective national parliaments, but by secretive diplomatic negotiations informed only by whispers from the largest international corporations. Parliament will only find out what’s going on after it’s already happened.

Nigel Farage, in his jubilant victory speech on the morning of 24 June, declared that the Leave campaign had “fought against the multinationals“. It would be hard to believe that now.